Minister for Foreign Affairs Micheál Martin is confident of agreement on a set of legally binding guarantees to address the concerns of the Irish people on the Lisbon Treaty.

Irish diplomats have circulated a draft text of the guarantees to other countries, and EU ambassadors will work through the seven page document tomorrow.

The first is the decision of the heads of state or government of the 27 member states of the European Union on the concerns of the Irish people.

It states that nothing in the Lisbon Treaty will change the scope and application of the Irish constitution in relation to abortion, family law or education.

It also states that the Lisbon Treaty makes no change whatsoever to taxation policy.

Part two of the document is a solemn declaration on workers rights and social policy.

It confirms the high importance the EU attaches to workers rights and public services, and the responsibility of member states to organise healthcare and education as they see fit.

The final part is a solemn declaration by Ireland, which restates the Irish position on these and other matters in the Lisbon Treaty.

That solemn statement would be associated with the Irish instrument of ratification, if the Lisbon Treaty is approved in another referendum.

It issued the statement ahead of the European Council meeting. 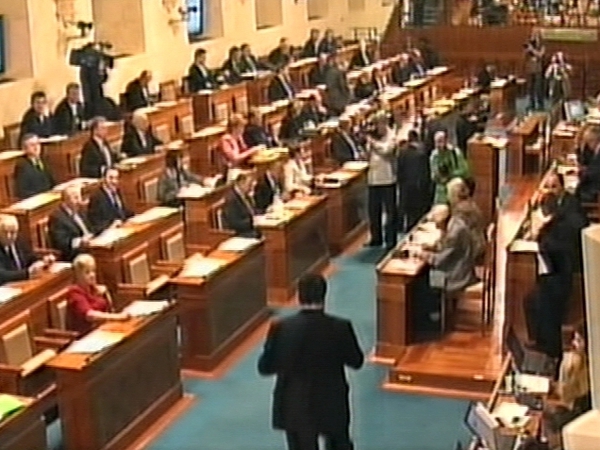