Czech President Vaclav Klaus has said he will not sign the EU's Lisbon Treaty for the moment, due to its rejection by Irish voters.

He said he expects court challenge in the Czech Republic.

'The Lisbon Treaty is dead for this moment. It is dead because it was rejected in a referendum in one member state. Therefore, a decision on ratification of this treaty is not on the agenda at this point,' Mr Klaus said.

Senators in the Czech Republic, the current holder of the European Union presidency, approved the Lisbon Treaty earlier today.

The treaty needed a three-fifths majority of all senators present and made it through the upper house of the Czech parliament with 54 votes from 79 senators in the room, while 20 were against.

The country's lower house approved the treaty last February after lengthy delays and a court challenge.

A court challenge to the treaty is also in progress in Germany, where the ratification process is otherwise complete. 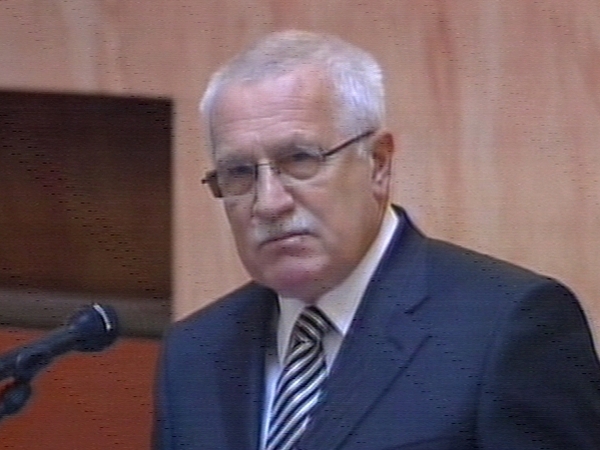