The Minister for Justice has defended conditions at the overcrowded Mountjoy Prison in Dublin following three violent incidents among prisoners in recent days.

Dermot Ahern said that over 400 inmates will be accommodated when new prison places come on stream in Castlerea, Portlaoise and Wheatfield within three months.

However, when asked on RTÉ's Morning Ireland whether it would end the situation of prisoners sleeping in shower blocks in Mountjoy, the minister said he could not give that undertaking.

A prison officer and an inmate were taken to hospital following a disturbance in Mountjoy yesterday.

Two prisoners got involved in a row and when prison officers intervened, other inmates refused to leave the area.

On Wednesday evening, four inmates damaged toilets and washbasins on B wing.

Separately, a man was taken to Beaumont Hospital after he was found semi-conscious in his cell on Wednesday morning.

The 26-year-old had been hit over the head with a sock containing batteries following a row with another inmate over a television remote control. 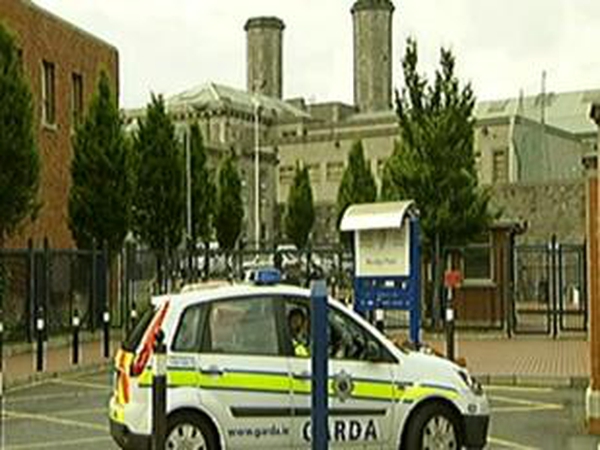