Polls have closed in the local and European elections and the two Dáil contests in Dublin.

Indications are that polling was steady across the country in good conditions.

At the last local and European elections some 60% of voters turned out and the combination of good weather, two Dublin by elections, and recent political turbulence could see an increase on this figure.

Predictably polling was said to be heavy in some areas of Dublin South and Dublin Central, but across the capital turnout was said to be slightly lower a couple of hours before polls closed.

However here, and in the commuter belt around the capital, there is likely to have been a last minute rush.

Elsewhere some observers in Kerry were predicting a higher than average turnout but the pattern across the country remained patchy.

In one of the main polling stations in Castlebar in Co Mayo, the final figure was almost 68%.

At 9.45pm, some parts of Co Carlow were reporting turnout of over 60%.

Carlow estimates average of 58% at present.

Wexford had 54.3% average, while turnout across the South East is over 50% in general.

Turnout in the East constituency is estimated at over 53% by many of the political parties.

Counting of the local contests and the Dublin by elections begins tomorrow while the European votes will be counted on Sunday.

Results in the by-elections are expected tomorrow afternoon by which time the outline of the local poll will be becoming clear.

The first results from an exit poll carried out for RTÉ and the Sunday Independent will emerge from 11am tomorrow onwards.

More than 3m people were eligible to vote.

Voters will elect 12 MEPs and more than 1,600 members of local authorities, as well as filling the two vacant Dáil seats in Dublin Central and Dublin South.

Only 42.8% of people eligible to vote cast a ballot, a major drop on the figure of 51.72% turnout at the last European election.

And while vote counting will not begin until Monday, early unofficial tallies suggest the Democratic Unionist Party (DUP) has suffered a major hit.

Sinn Féin is now tipped to emerge as the largest party for the first time in any Northern Ireland election.

The results show unionist areas have registered lower turnouts than voting districts that are predominantly nationalist.

There had been speculation that public anger over the revelations surrounding MPs' expenses and the wages accumulated by double-jobbing politicians might lead to some voters staying at home.

A number of voters in Trim, Co Meath were given too many ballot papers this morning.

It is believed the mix up occurred when people who live in estates the edge of the town were given ballot papers for the town council election even though they were not entitled to vote.

Two out of five ballot boxes contain what are described as 'erroneous votes'. Council officials believe there are 38 such votes in one box with a much smaller number in the second.

All the candidates in the town council election have been advised of the problem.

Political parties have pointed out that the quota in the town council election in 2004 was just 270 and today's events may yet have an effect on the outcome of the poll. 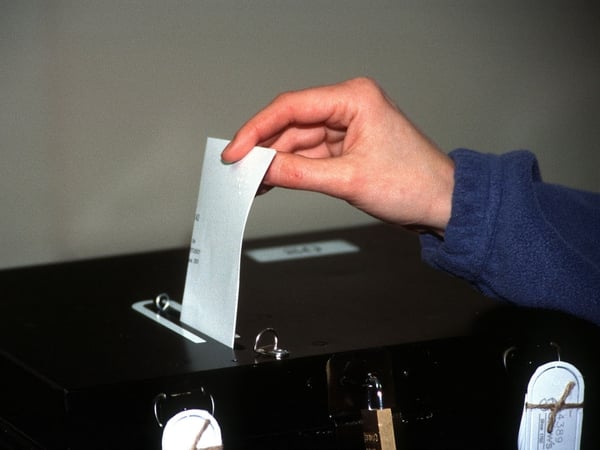