The Garda Ombudsman Commission is continuing its investigations after an attempted raid on a cash-in-transit van in Lucan in west Dublin yesterday.

A 27-year-old man was shot dead and another man was wounded during an exchange of fire with gardaí.

The dead man has been named as Gareth Molloy from Sheriff Street in Dublin.

Four other people were arrested yesterday. This afternoon they had their periods of detention extended for a further 24 hours.

Garda Commissioner Fachtna Murphy has briefed the Minister for Justice, Dermot Ahern, on the incident.

Mr Ahern said that, while the loss of any life was to be regretted, he had no doubt that the gardaí had the full support of the community in taking whatever action was necessary when confronted by armed gangs.

The second man who was shot is from Dublin's North inner-city.

He is his 20s and is the intensive care unit at Connolly Hospital Blanchardstown.

A loaded shotgun was recovered at the scene.

It is believed it was fired once by a gang member in the incident.

Eyewitnesses say they heard gardaí identify themselves and ordered the gang member to drop his weapon.

There followed an exchange of gunfire at the scene, a densely populated area at Foxborough Road in Lucan.

Detectives then gave chase to other members of the gang who fled.

Four men all in their 20s were arrested nearby.

As this incident involves loss of life and serious injury, the Garda Ombudsman Commission has automatically begun its inquiry parallel to the garda investigation.

No money was taken in this incident. 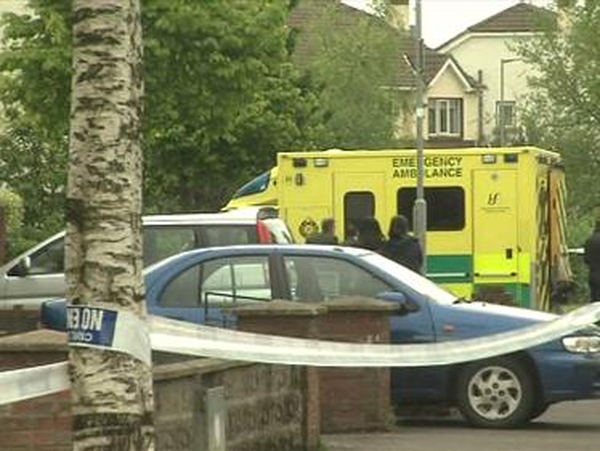