Patricia McKenna is to leave the Green Party and is to stand in the European elections as an Independent candidate.

In an interview with Hot Press magazine the former MEP dismissed her former party colleagues as ‘hypocrites’ and said she would be ‘embarrassed to stand as their candidate’.

The party's candidate for the European Elections in the East Constituency, Deirdre de Burca, said it was a pity that Ms McKenna had not made the move at least a year ago.

She said it would have spared herself and her party colleagues a lot of time wasting and strife.

She described her as ‘addicted to the politics of opposition’ and reluctant to move beyond what she called ‘her comfort zone’.

Meanwhile, Green Party leader John Gormley has said the reaction of voters to his party has been positive.

Mr Gormley said the reaction he was getting on the doorsteps was good, as 'people recognised that the Greens were achieving their policies in Government'.

He was speaking at the announcement of the party's candidates for the forthcoming bye-elections.

Mr Gormley said he believed it made sense to hold the bye-elections on the same day as the local and European elections on 5 June.

Minister for Communications, Energy and Natural Resources Eamon Ryan said the bye-elections were an opportunity to show that the party had taken the right decision two years ago to enter Government. 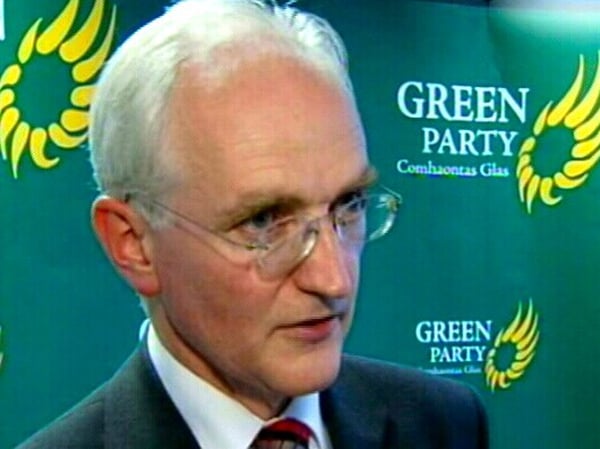