NASA has launched a space telescope whose three-year mission is to find Earth-like planets in the Milky Way galaxy.

The Kepler telescope blasted off from Cape Canaveral Air Force Station, Florida, atop a Delta II rocket at 03.49am this morning.

It separated from its carrier 62 minutes after launch at the altitude of more than 721km.

'This mission attempts to answer a question that is as old as time itself - are other planets like ours out there?' said Ed Weiler, associate administrator for NASA's Science Mission Directorate.

'It's not just a science mission, it's an historical mission.'

Kepler will stare at the same spot in space for three and a half years, taking in about 100,000 stars around the Cygnus and Lyra constellations of the Milky Way.

It will be NASA's first mission in search of Earth-like planets orbiting suns similar to ours, at just the right distance and temperature for life-sustaining water to exist.

The telescope will be hunting for relatively small planets that are neither too hot nor too cold, are rocky and have liquid water, explained William Borucki, Kepler's principal investigator based at NASA's Ames Research Centre in California.

'If we find that many, it certainly will mean that life may well be common throughout our galaxy, that there is an opportunity for life to have a place to evolve,' Mr Borucki said.

Equipped with the largest camera ever launched into space - a 95-megapixel array of charge-coupled devices (CCDs) - the Kepler telescope is able to detect the faint, periodic dimming of stars that planets cause as they pass by.

Since 1995, some 337 planets have been found orbiting around stars outside our solar system, but they are all bigger than Earth and do not have Earth-like conditions that make life possible. 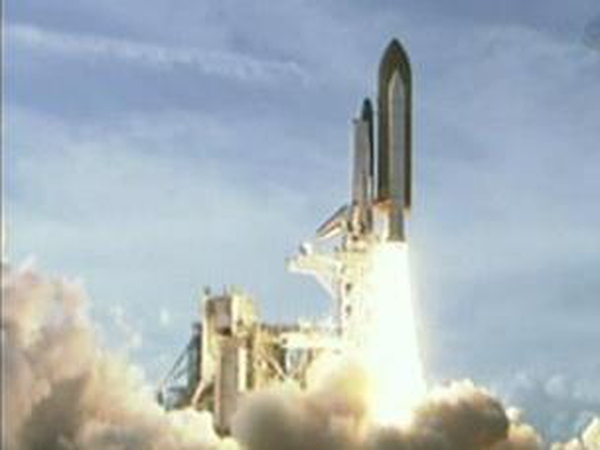