Two men who had been detained as part of the investigation into the robbery at the Bank of Ireland have been released without charge.

Two men are due to appear at Dublin District Court tomorrow morning charged in relation to the the robbery.

Three of those who were detained in relation to the robbery earlier failed in a challenge to the legality of their detention.

The two men and one woman were among seven people arrested in relation to the robbery of the Bank of Ireland on College Green last Friday morning.

This afternoon, the High Court ruled that their detentions are legal and the three remain in custody.

Lawyers for the three had gone to the Court seeking their release, claiming their period of detention was unlawful.

A barrister for one told the court that the time that elapsed during last night's District Court hearing meant his client's detention period had expired by the time the court had ruled in relation to him.

Barrister Eanna Molloy told the court that the hearing for the applications to extend the detention had begun at 7pm last night, but this had taken some time because each application was heard individually.

Mr Molloy said the application to extend the detention period for his client was not granted until 10.47pm.

The 48-hour detention period had expired at 9.55pm.

After the meeting a garda spokesman said a full and frank discussion took place where 'all issues were examined'.

The meeting was arranged to review the operation of the security protocol in all banks and to try to establish why staff at BoI failed to adhere to it.

BoI says it has no comment in relation to why gardaí were not alerted to last Friday's raid in time.

RTÉ News has also learned that the bank official who was forced to hand over the money also told another bank employee that the gang was monitoring their home.

It is understood Shane Travers showed a senior staff member a photograph which was taken by the gang.

The amount of money recovered from the robbery of Dublin city centre's College Green branch of the bank is now put at €1.8m.

A previous estimate had put the amount recovered at €4m.

A gang forced their way into the home of Mr Travers in Kilteel, Co Kildare, last Thursday night.

Mr Travers was forced to withdraw €7.6m from the bank while his partner, Stephanie Smith, her mother, Joan Smith and Joan's five-year-old grandson were held hostage. 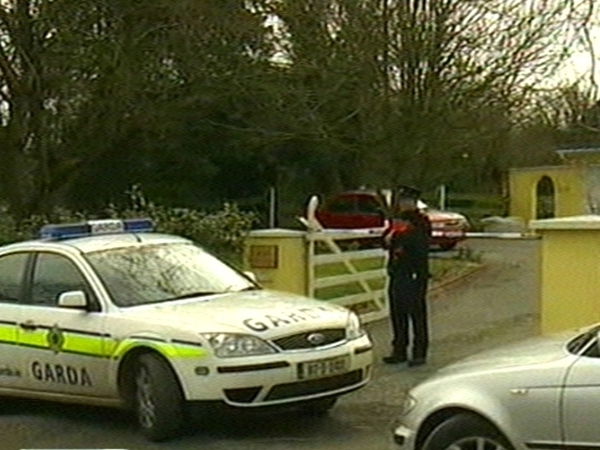