Some 13,000 civil servants have staged a one-day strike over the pension levy.

It was the first industrial action of its kind in Ireland for almost 20 years.

The work stoppage, which will be followed by a series of regional protests, affected a range of services from welfare to passport offices.

Around 100 members of the Civil Public and Services Union held a protest in Dublin outside Leinster House, the National Library and several Government departments.

Most TDs and senators passed the picket line, although Independent TD Finian McGrath and Sinn Féin TDs have said they would not pass.

Labour Affairs Minister Billy Kelleher commented as he passed the picket that the business of the Dáil had to continue.

The Department of Social & Family Affairs earlier confirmed the strike by members of the Civil Public and Services Union would close local social welfare offices.

The 13,000 members of the CPSU staged today's strike against the Government's pay and pension cutbacks.

However, the 64 branch offices operated by private contractors were open, allowing the unemployed who normally use them to sign-on and to avail of other services.

A spokeswoman said people who were due to sign on at the local offices have been given an alternative appointment.

But the processing of over 1.3m weekly payments presents a larger problem.

Each working day over the final three months of last year, the department was processing about 2,200 jobseekers' claims alone and that is unlikely to have diminished since then.

The department's statement says the loss of 24-hours' computer and printing operations, for example, may lead to short-term knock-on effects on the processing and payment of claims.

Sinn Féin said it would boycott today's Dáil session to support the strike by clerical staff there.

Even after €2bn of fiscal tightening, much of it from the public sector pension levy, the Government has projected a deficit of 9.5% of GDP, more than three times the level allowed by EU rules.

Taoiseach Brian Cowen warned yesterday that without further steps to raise tax revenue and cut spending, the economy faced the prospect of a deficit above 10% of 'national income' in each of the next five years.

Unions have agreed fiscal cuts are necessary but say they target the low-paid while bankers who have hurt Ireland's reputation in a string of scandals got off the hook.

'Lower paid members got no bonanza from the Celtic Tiger but instead suffered an explosion in rents and house prices along with increased childcare costs,' said the CPSU. 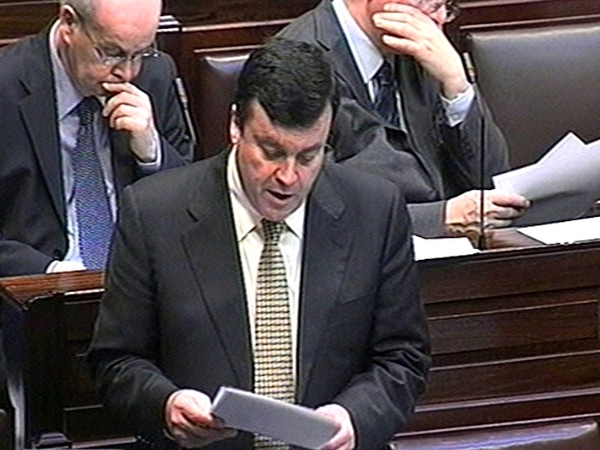