The Opposition has criticised the Government's economy measures as being unfair to the lower paid during a debate in the Dáil.

The measures are designed to save €2bn and include the pension levy.

Fine Gael's Richard Bruton said people need to know they are not being singled out and that they are receiving fair play.

At the start of the debate, the Mr Lenihan said Ireland is fighting for its economic future.

As well as the pension levy, the Government's plan to save €2bn this year includes an 8% reduction in professional fees and cuts in the Early Childcare Supplement.

Minister for Finance Brian Lenihan has said Irish Nationwide Building Society has all the necessary Government support it needs to carry out its business.

In a statement this evening, Minister Lenihan said Dr Walsh had told him his reference to Government support was a reference to the importance of the Government's bank guarantee scheme introduced in September.

'The Minister wishes to state in the strongest possible terms that Irish Nationwide Building Society has all the necessary Government support it needs to conduct its business,' the minister said.

He added that the Irish Nationwide board had told him it had made 'significant progress' in strengthening its management and organisation, in line with its business plan given to the Department of Finance under the guarantee scheme. 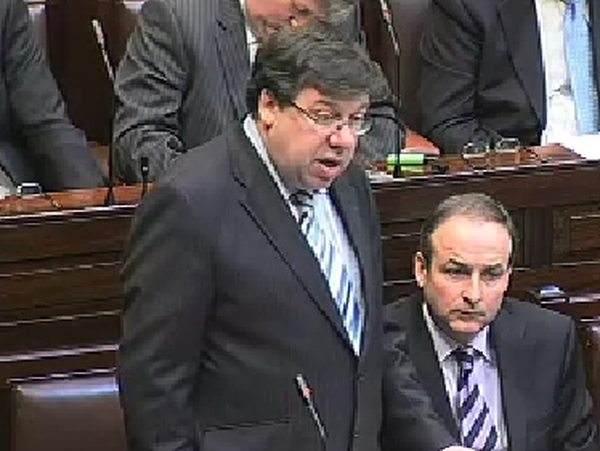