13,000 civil servants belonging to the CPSU have voted to take industrial action in protest at the pensions levy.

83% of members balloted voted in favour of strike action with 17% voting against. The turnout was 86%.

The civil servants are now set to hold a one-day strike on Thursday 26 February, which will affect services across a range of Government departments, including social welfare offices.

Earlier, around 4,000 public servants attended a rally outside Leinster House to protest against the levy, according to gardaí.

The protest was organised by the CPSU.

Around 30 members of the Garda Representative Association also protested outside Leinster House in opposition to the pensions levy.

Gardaí say that the pensions levy is unfair and that the burden of dealing with economic recovery is not being spread equally across the community.

They were met at the gates of Leinster House by Labour Party leader Eamon Gilmore and deputy leader Joan Burton who pledged their support.

The Labour Party motion in the Dáil this evening, which called for the suspension of the pensions levy, was defeated by 77 votes to 67.

The Minister for Finance, meanwhile, has hinted that there may be changes in the structure of the levy.

Brian Lenihan was responding to Fine Gael Deputy Kieran O'Donnell who asked him if lower paid public servants would be exempt from the levy and if it was a short- or long-term measure.

The Minister said policy can be reviewed in relation to the pension issue, but he said it will likely be part of the public service landscape for some time to come in light of economic forecasts.

He said he would not rule out consideration of other banding options once the desired savings were achieved.

The legislation to impose the levy was published this morning.

It is to be debated in the Dáil tomorrow and next week, and is due to go to the Seanad on Thursday of next week.

The Financial Emergency Measures in the Public Interest Bill 2009 includes provisions allowing public bodies to reduce the professional fees paid by them to external service providers.

It also contains changes in the early childcare supplement and the Farm Waste Management Scheme, which were announced at the same time as the levy.

Read the text of the Bill

However, due to the provisions of the Constitution, the President and the judiciary cannot be included in the measure.

The levy will apply to all earnings, including allowances and overtime, from 1 March, and the legislation specifies that no extra pension benefit is conferred by the deduction. 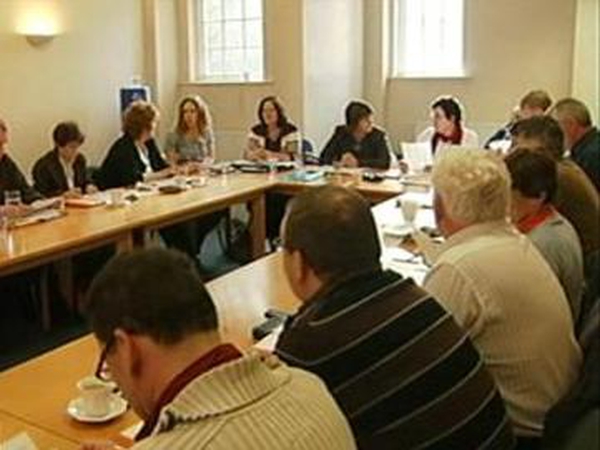