Some 13,000 lower paid civil servants will hold a one day work stoppage on Thursday, 26 February across all public services if a ballot for industrial action is passed.

The Civil and Public Services Union is to ballot its members for industrial action up to and including strike action in protest at the Government's introduction of a pension levy to fund their guaranteed state pensions.

The result of the ballot is expected on 19 February.

The union is also organising a demonstration outside the Dáil on 18 February.

The nationwide stoppage would take place a week later and It would affect services in all areas of the public service, including garda stations, social welfare offices, and tax offices.

CPSU Deputy General Secretary Eoin Ronayne said the union is now discussing what form its protest campaign will take, and it could include industrial action.

He described the cuts as unbalanced.

The Irish Nurses Organisation has said all options should be considered to force the Government to think again about the planned pension levy.

The union said it expects a nationwide response across the public sector but added that nobody wants industrial action.

Following a three-hour special meeting of its executive, INO General Secretary Liam Doran said the pension levy was an onerous and regressive tax on nurses and the public sector.

The union is to advise its 40,000 nurses and midwives to lobby TDs and senators on the issue.

Mr Doran said the INO would play its full part in whatever campaign is decided tomorrow by the Irish Congress of Trade Union's Public Services Committee.

He said the issue has generated the most reaction among nurses and midwives of any topic in recent years.

The INO has said as the levy will apply to all public servants, any response to the decision by Government must be collective if it is to achieve a more equitable outcome.

Last month, the union wrote to Minister for Health Mary Harney saying it had received comprehensive legal advice that any attempt by Government to reduce the pay of nurses and midwives can be successfully resisted.

The INO said it would not accept measures which affect increments, allowances or unsocial hours' payments.

It added it was committed to taking whatever action is necessary to protect members' interests in the face of any attack on existing pay levels.

The IMPACT trade union is to meet five Mayo TDs, including Fine Gael leader Enda Kenny, to outline the impact the pensions' levy will have on its members.

This week's meetings will also allow union leaders to collectively decide on their response to the collapse of social partnership talks last week.

Any action over levy 'disappointing' - Cowen

The Taoiseach has said industrial action in the civil and public sector as a result of the pensions levy would be disappointing.

He said decisions made last week by the Government were made in the interest of economy.

Mr Cowen said he hopes it is the intention that public services are not affected if any action is decided on.

He was speaking in Tallaght in Dublin after he attended the signing of a contract for an extension of the LUAS Red Line in the area. 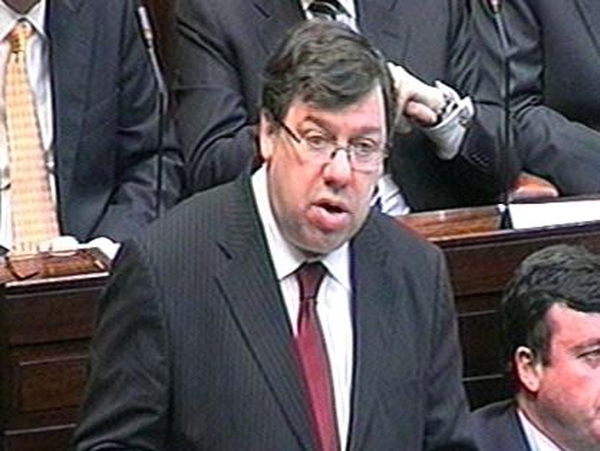