The Government has won the vote on a motion on bank recapitalisation by 74 votes to 66.

During the debate, the Green Party leader John Gormley said he wanted to see a crackdown on corporate crime in this country.

He predicted that there would be resignations as a result of the controversial transfer of €7bn from Irish Life and Permanent to the Anglo Irish Bank.

Minister for Finance Brian Lenihan has said the financial regulatory system needs to be reformed if Ireland's international reputation is to be restored.

Mr Lenihan also said further information about Anglo Irish Bank will emerge in the coming weeks when a report into its dealings is published.

Speaking on Six One News Mr Lenihan has said it is not appropriate for him to say whether he has confidence in the chairman or chief executive of Irish Life & Permanent after details emerged of its controversial €7bn deposit into Anglo Irish Bank.

Mr Lenihan said it is up to the bank's board to decide if it has confidence in its management and having spoken with board members he expects them to live up to their responsibilities.

Mr Lenihan defended his failure to personally notice details of the transaction contained in a report made to him on Anglo Irish Bank.

He said the report contained exceptionally technical information that he could not decipher but that his officials had detected the significance of the €7bn euro transaction and took appropriate action.

The minister said he was confident the recapitalisation of the two big banks would succeed and praised Bank of Ireland for revealing the extent of bad debts on its books.

He said the banks had been denying their problems for too long and that he believed AIB would make public its bad debts soon.

Minister Lenihan said public anger at the banking crisis is not directed at the government and that it's up to those who have brought the Irish banking system into disrepute to apologise.

Earlier, on Morning Ireland, the minister said a robust regulatory system was required.

Mr Lenihan remains under political pressure after revealing yesterday that he had not fully read a report on Anglo Irish.

This morning, Labour leader Eamon Gilmore said that, in the light of what had emerged, Minister Lenihan should consider his position.

Green Party leader John Gormley said the minister is doing a very good job at a very difficult time and should not resign.

He called on the Opposition to be more supportive and said Minister Lenihan was working to sort out the economic problems.

The Minister for Finance called for all-party support for the recapitalisation plan and said it was vital that banks' durability was put beyond doubt.

Fine Gael finance spokesperson Richard Bruton told the Dáil that the recapitalisation plan might not be sufficient to enable the banks to start lending again.

He said many believe the scale of the impending losses in the banks are much greater than the minister or the banks admitted.

Mr Bruton said the greatest danger to Ireland from the minister's approach is that the banks will continue to nurse along dodgy loans, while starving businesses of the revenue they need.

His Fine Gael colleague Alan Shatter said he has no faith in what he has been told about the banking system.

He said that in most other democracies those responsible for the policies that contributed to the destruction of the State's economy would have long since resigned..

Mr Lenihan is to meet the Chairman and Chief Executive of Irish Life & Permanent this afternoon to discuss the revelations of irregular deposits to Anglo Irish Bank.

Tánaiste Mary Coughlan told the Dáil that it would be improper to say anything about the matter in advance of that meeting.

She was responding to Fine Gael leader Enda Kenny, who asked if the Government was concerned that IL&P appeared to have colluded with Anglo Irish Bank.

Green Party Senator Dan Boyle has said that what has been revealed about the transfer of money in and out of Anglo Irish Bank amounts to nothing less than economic treason.

Mr Boyle said the bank used the cover of the State guarantee scheme on deposits, to fundamentally cook books - to create the impression of stability and profitability.

He said that was shameful and those responsible had to be brought to account.

Independent Senator Shane Ross said Irish Life put €7bn worth of small investors' funds at risk and that the transaction was utterly deceitful.

At a news conference last night, Minister Lenihan said the €7bn was enough to deal with the problem.

Mr Bruton described it as a €7bn gamble on the wrong horse.

Moody's stressed that this does not amount to a downgrade.

The agency put Ireland's AAA rating on what it calls 'negative outlook' earlier this year, meaning that it is looking at downgrading the country's debt rating.

Moody's puts Germany in the first group, while the UK and US are in the second.

Its lists Ireland as 'vulnerable', saying its future credit rating will depend on its ability to 'rapidly regenerate' its economy.

The agency said it categorised the AAA countries because of recent large-scale interventions by Government to support banks and other businesses.

Elsewhere, Moody's has downgraded Bank of Ireland's long-term credit ratings, saying the move is due to expectations that its impairments will increase substantially.

It said a slowdown in Bank of Ireland's main markets would also affect profits.

The debt which is covered by the Government's guarantee scheme is not affected by the change.

Meanwhile, Bank of Ireland has doubled its estimate of the amount of loans it believes may not be repaid.

The bank told markets that in a worst case scenario, the value of impaired loans on its balance sheet could increase by almost 60% to €6bn by 2011.

The bank had previously issued guidance in November saying the figure for impaired loans amongst property developers and other lending would be €3.8bn.

Impaired loans are loans the bank is worried will have to be either partially or entirely written off in the future.

However, the bank said the Government's injection of €3.5bn into the bank meant it was confident it would withstand the impact of what it termed the deteriorating credit environment.

It said much of the deteriorating loan situation in its second half of the year arises from its property and construction development portfolio.

However, the bank said that including the Government's €3.5bn injection, it has €10.8bn cash to buffer against those impairments becoming a reality and that is high by international standards.

Chief Executive of AIB Eugene Sheehy has said that he regrets some of the lending decisions that his bank made in recent years and that the company could have made better decisions.

Mr Sheehy said that AIB was very grateful to the Government for its support which, he said, was critical at this time. 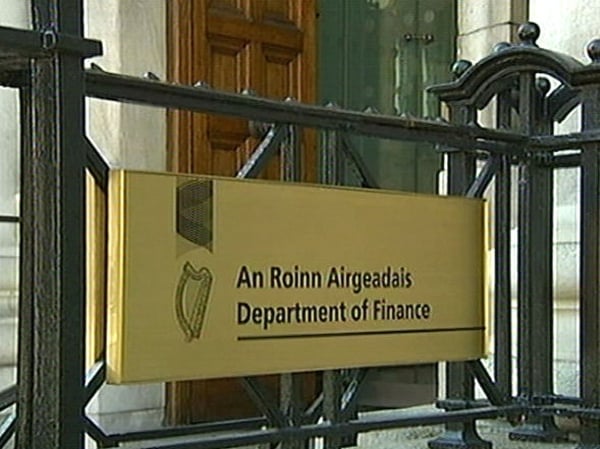 No details on bank recapitalisation yet