Taxi drivers, who are members of SIPTU, have staged a one-hour protest outside the office of the Department of Transport in Dublin.

The drivers say a total lack of an appeals process to the Taxi Regulator and the continued issuing of new licences is having a severe impact on the industry.

SIPTU's Jerry Brennan has said protest action, which commenced on Monday, will continue until drivers get a satisfactory outcome from Minister for Transport Noel Dempsey.

Drivers want to be in a position to appeal decisions made by the Commission for Taxi Regulation.

SIPTU has said members have no access to the Labour Relations Commission, Labour Court or Appeals Commissioner.

The group says the industry has no rights and urgent action is needed.

The group has said it is now impossible for drivers to make a living with the large number of taxis now on the streets. 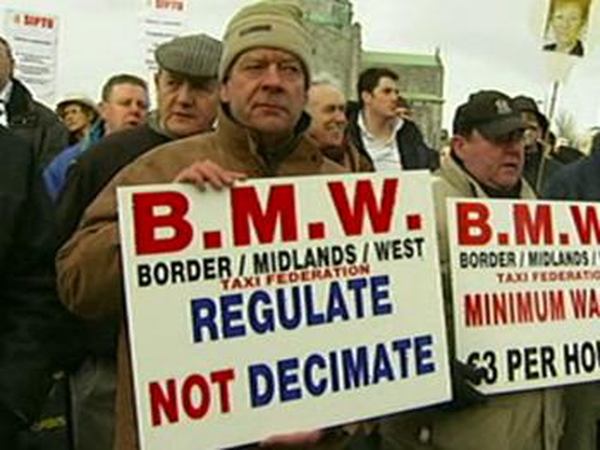