An Bord Pleanála has refused planning permission for a high-rise development in Ballsbridge in Dublin.

The board gave five reasons for refusing planning permission.

They include that its scale and height would constitute gross overdevelopment and over-intensification of the site.

It said the development would be highly obtrusive and would be at odds with the established character of Ballsbridge.

The board also said proposals to develop a massive underground shopping centre would divert retail investment and activity away from areas designated for such use, including the city centre.

It was also not satisfied that the proposed development would bring about a high quality environment for future occupants in a number of areas including wind turbulence, availability of daylight and penetration of sunlight.

The board has not yet reached a decision on a proposal by developer Ray Grehan to build a 15-storey building on the adjoining site of the old veterinary college.

It has written to Mr Grehan requesting more information about the proposal.

Ballsbridge residents have called for Dublin City Council to be investigated over its handling of Sean Dunne's high-rise development proposals.

18 residents’ groups issued a statement welcoming the decision by An Bord Pleanála to refuse permission for the proposal.

However, they questioned why council planning officials were in favour of the plan.

Although the council refused planning permission for the proposed tower, it did grant permission for a high density residential and shopping development.

This would have involved nine blocks ranging from nine to 18 storeys as well as an underground shopping centre.

In its decision An Bord Pleanála ruled this was contrary to the city's development plan and inappropriate for the area.

Local residents want Minister for the Environment John Gormley to investigate council planners for what they say was a blatant disregard for proper planning.

The statement added that 'inconsistencies in planning decisions and flexibility in relation to the rules have added fuel to the speculation in land prices and have led to incoherent development, both of which have played a significant part in contributing to the current economic crisis.'

Jane Lanigan, a lawyer and spokesperson for the residents groups, said they now wanted an investigation into what she said was the disregard of proper planning, after the project had been approved by Dublin City Council originally. 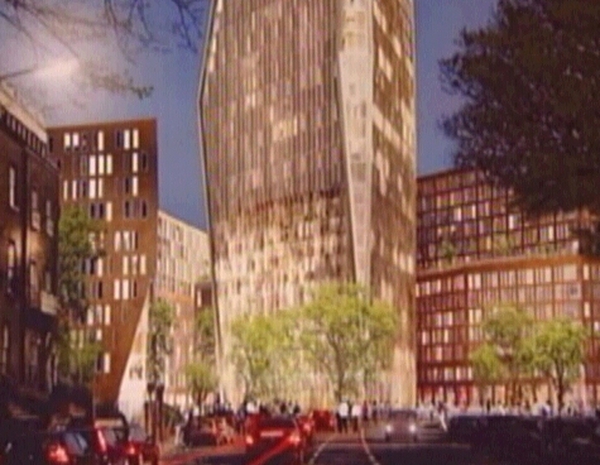