Computer multi-national Dell has announced that it is cutting 1,900 jobs at its plant in Limerick over the next 12 months.

Dell will move all production of computer systems for customers in Europe, the Middle East and Africa from Limerick to its Polish facility and third-party manufacturers over the next year.

However, EU officials are to investigate a €52.7m aid package the Polish Government used to attract Dell away from Ireland - Read more

Employees have attended a series of meetings at the plant to be told details of the redundancies.

The company says it expects the reduction to be complete by January next year with workers beginning to leave the plant in April.

Its products make up at least 5.5% of Irish exports and 2% of gross domestic product - the the total value of all goods and services produced within the economy.

Economists have warned that each job at Dell underpins another four or five Irish jobs.

It is estimated that another 10,000 jobs in sub-supply companies rely on Dell business.

Dell says the move is among a series of actions being taken to simplify operations, improve productivity and reduce costs.

The 3,000 Limerick Dell workers were called to the meetings, beginning at 9am this morning.

Space was set aside at two separate locations at the facility to brief two sets of shift workers involved in manufacturing.

IT, legal and marketing staff were meeting separately at 10am.

Dell has been involved in a global review of its operations for several months, in an effort to cut $3bn a year off its costs by 2011.

In a statement Vice President of Operations Sean Corkery said: 'This is a difficult decision, but the right one for Dell to become even more competitive, and deliver greater value to customers in the region. We are proud of our 18-year tenure as a major manufacturer in Ireland.'

The company said affected workers will receive competitive severance package and career outplacement assistance as they leave from the company.

Taoiseach Brian Cowen has described the loss of the 1,900 jobs as a major blow to Limerick and the mid-west region.

He acknowledged that the decision would have a wider knock-on effect, adding that he was very conscious of what this means to workers and their families.

The Tánaiste and Minister for Enterprise, Mary Coughlan, expressed her deep disappointment at the company's decision to cut its workforce.

Mayor of Limerick John Gilligan described the announcement as devastating.

He said workers should have been told sooner that their jobs were not secure.

Speaking on RTÉ Radio, Minister for Defence and local TD Willie O'Dea said IDA Ireland was working on a plan to provide up to 750 alternative jobs at Dell in the relatively near future.

He said the IDA has come up with a plan to find the funding necessary to back a bid to Dell to bring the new jobs to Ireland.

The American Chamber of Commerce, which represents US firms in Ireland, said the Dell decision was a significant blow to Limerick, the Mid-West region and the Irish economy.

It warned that other similar decisions, what it called disinvestment within the multinational sector, could be expected in the next 12 to 18 months.

Meanwhile, the Department of Social Welfare and Family Affairs has said it has been in touch with management at Dell to let them know that they will make staff available to talk with workers directly about their entitlements and to help process their claims.

They plan to base a number of staff on site on a temporary basis from April in order to process claims for the staff affected by today's announcement. 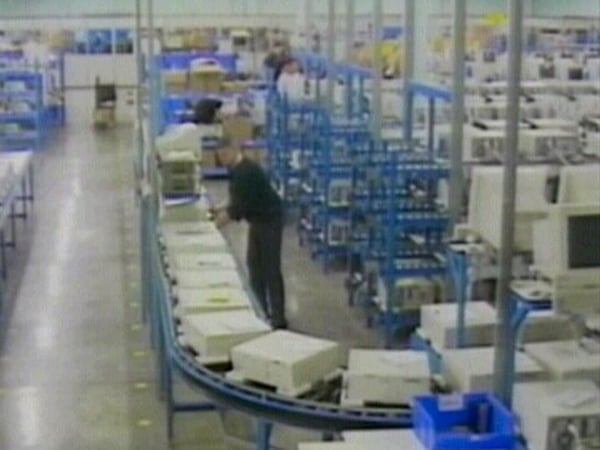 250 jobs to go at Dell amid consumer fears