A priest who walked from Cobh, Co Cork, in atonement for the church's response to clerical child sex abuse has reached the Pro-Cathedral in Dublin.

At the church Fr Michael Mernagh was greeted by Archbishop Diarmuid Martin and a large number of supporters and mass-goers.

The 70-year-old Augustinian brought a placard to the altar bearing his message of atonement. He then prayed with mass-goers.

Fr Mernagh began his 9-day 272km journey after protesting at St Colman's Cathedral in Cobh against Bishop John Magee's failure to respond adequately to allegations of abuse by two of his priests.

On today's last leg of the pilgrimage, Fr Mernagh was accompanied by a dozen supporters as he left the Augustinian Retreat Centre at Orlagh, Ballycullen in south Dublin, where he trained as a priest.

The route took them through Firhouse, Ballyboden, Templeogue, Terenure and the Liberties to the Pro Cathedral. Among those walking was abuse survivor Marie Collins. 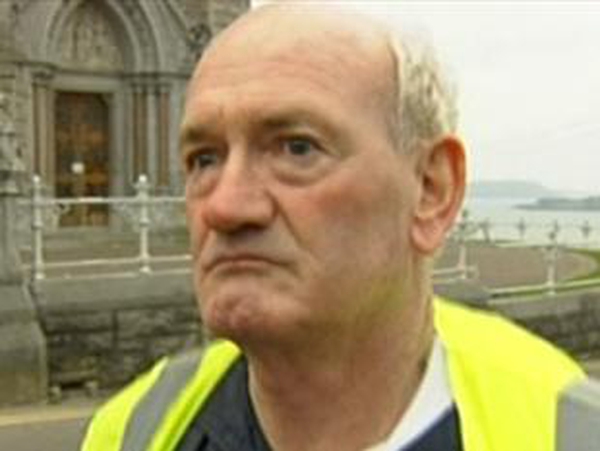