Aer Lingus has announced that it is resuming its Shannon Heathrow service from 29 March next year.

At a news conference in Dublin, the airline said it would operate double daily flights to and from Shannon and Heathrow.

The Minister for Transport, Noel Dempsey, has welcomed the decision.

He said: 'I am particularly pleased that Aer Lingus has finally decided to recommence this important service from Shannon airport to London Heathrow.

'This link is strategically important for the Mid-West both from an aviation policy and a regional development perspective.'

The decision comes two working days after Aer Lingus appeared at the Oireachtas Transport Committee, where members of the board were strongly advised to reopen the airline's Shannon Heathrow route. The route was closed last January amid fierce criticism.

Ryanair had promised to reopen the route should its €525m bid for Aer Lingus be successful.

But launching the route today, Aer Lingus Chief Executive Dermot Mannion said the airline had not bowed to political pressure. He said that the route is being reopened becaue of new arrangements with unions on staff costs and the Shannon Airport Authority on airport charges. He said he hoped the route would be profitable by the end of its first year.

Dermot Mannion said that at a time when the rest of the industry is suffering quite significantly, Aer Lingus will be profitable at a pre-tax level in both 2008 and 2009 and that the airline does not need Ryanair to stay in business. He said Ryanair's bid for Aer Lingus big would fail.

The airline also said this morning that it is contacting all shareholders to say the Ryanair takeover offer is 'opportunistic, unsolicited and unwelcome'.

Aer Lingus directors say the Ryanair offer 'significantly undervalues' Aer Lingus and the board is recommending that Aer Lingus shareholders take no action in relation to the offer. 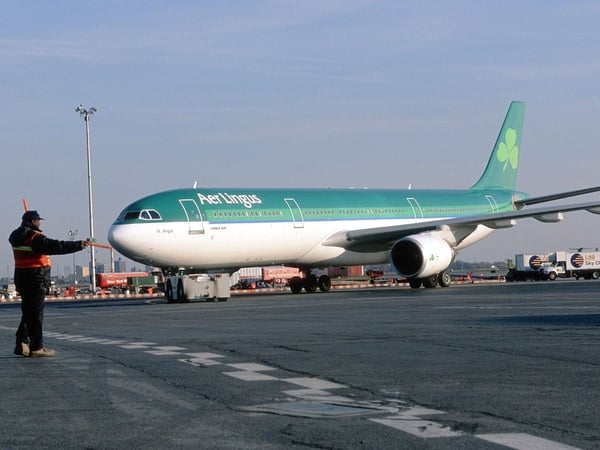