On the outskirts of Athens, more than 5,000 people dressed in black gathered at a funeral for the 15-year-old boy whose shooting by police on Saturday has triggered Greece's worst riots in decades.

The killing touched a raw nerve among young Greeks, angry at years of political scandals and rising levels of poverty and unemployment.

Prime Minister Costas Karamanlis, whose party has a one seat majority, held emergency talks with opposition leaders to urge them to unite against the riots.

He appealed to unions to cancel a protest rally during a 24-hour strike scheduled for tomorrow.

Both requests were quickly rejected by leftist union leaders and politicians who say the government's reforms have worsened conditions for the one-fifth of Greeks below the poverty line.

In the northern cities of Thessaloniki and Ioannina, protestors clashed with police and set fire to rubbish containers.

Many of the demonstrators in central Athens belonged neither to the anarchist nor the student elements most in evidence over the last few days.

Protests have swept more than 10 cities across the country, including the tourist islands of Crete and Corfu.

Hundreds of buildings have been wrecked or burned and more than 50 people injured.

One policeman has been charged with murder over Alexandros Grigoropoulos's shooting.

Police said the officer fired three warning shots after their car was attacked by 30 youths on Saturday but witnesses said he took aim.

At his funeral, mourners applauded as his white coffin decked with flowers was carried through the crowd.

Outside the cemetery, police fired teargas at demonstrators who replied with fire bombs.

Police have arrested some 200 people, some for looting, during the protests but have tried to avoid direct fighting which might worsen tension.

More than 130 shops have been destroyed in the capital, dashing retailers' hopes that Christmas would compensate for Greece's darkening economic outlook. 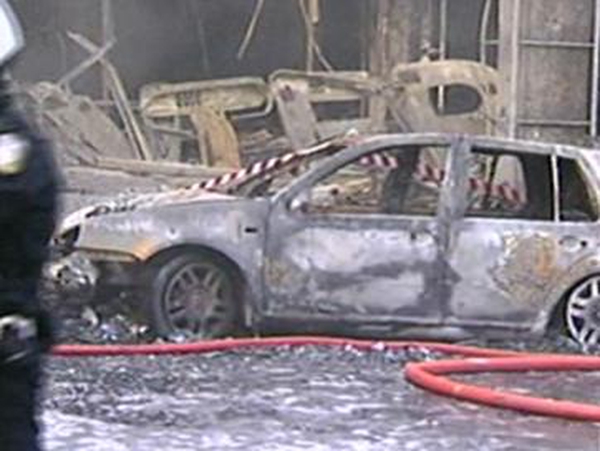