Shares in Irish banks plummeted today as a series of US and European bank failures sparked fears that the massive bailout plan in the US may not be enough to deal with the problems in the sector.

Shares in Anglo Irish Bank were down more than 45% at one stage, while Irish Life & Permanent fell by more than 30%.

Other European shares dropped to a three-and-a-half year closing low. London's FTSE ended down 5.3% at 4,819, where it was announced that the British government had decided to partly nationalise the bank, Bradford & Bingley.

Falls in Belgium and the Netherlands were especially steep following the announcement that the governments there, and in Luxembourg, had agreed to nationalise one of Europe's biggest banks Fortis in a €11.2bn bailout.

In the US the House of Representatives voted against the $700bn rescue package for the financial sector.

The Dow Jones industrial average plunged more than 600 points as the House voted against the bill.

Meanwhile, the Labour Party has proposed a range of measures to deal with the economic downturn.

They include a major school building programme and substantially increased investment in the retraining of Ireland's workforce.

Labour says the construction industry should be stimulated by a programme to provide proper accommodation for 40,000 children currently in prefabs.

The party also wants a fresh medium term budgetary strategy to return the public services to order within three or four years.

Labour is also calling for a re-prioritisation of the National Development Plan with a focus on projects with a high economic and social content, and a review of the regulatory performance of the Central Bank and other institutions.

The proposals are contained in a Labour Party document being launched this afternoon.

Senior officials from the three countries, and President of the European Central Bank Jean-Claude Trichet, hammered out plans to partially nationalise Fortis over the weekend after the group failed to dispel liquidity concerns in recent days.

The financial stability of Fortis has raised concerns about Postbank - the joint venture between the bank and An Post - which provides banking services through post offices in Ireland.

Postbank said it is an independently managed institution, and that its operations are not affected by the current speculation regarding Fortis.

As it only takes deposits, savings at Postbank are guaranteed.

EU Commissioner for Internal Markets Charlie McCreevy said that in the absence of a single supervisory authority in the EU, decisions on any interventions in the banking sector will have to be made by states themselves, rather than at the EU level.

Commissioner McCreevy would not comment on what measures the Irish Government should be considering, other than to say he is sure that the appropriate measures will be taken given the new economic and budgetary situation.

The British Treasury formally announced this morning that the mortgages and loans of lender Bradford & Bingley are to be nationalised to prevent the bank collapsing.

Spanish bank Santander is taking over the £20bn savings business and branch network, but Bradford & Bingley's £40-£50bn mortgage and loan book will be nationalised.

Officials from the British Treasury, the Bank of England and the Financial Services Authority spent the weekend finalising the deal with bankers.

Santander already owns the British mortgage lender, Abbey, and is in the process of buying Alliance & Leicester.

Bradford & Bingley will follow Northern Rock into public ownership and the British taxpayer will take the risk of defaults.

It has been a leader in buy-to-let mortgages and its exposure to this sector of the market led to a fall in confidence in the bank.

The British government says the priority has been to protect Bradford & Bingley's 2.5m savers while maintaining the stability of Britain's banking system.

Separately, German bank Hypo Real Estate has been granted a last-minute multi-billion euro credit line from a consortium of German banks that allowed it to avoid declaring bankruptcy.

A consortium has provided the troubled property lender 'a major new credit facility which is designed to shield the company from the impact of the current malfunctioning of the international money markets,' a statement said.

The daily Financial Times Deutschland reported that private German banks had been trying 'feverishly' to find a way to rescue the institution, hit hard by the US subprime loan crisis that began in August 2007.

The report said the bank fell victim to speculation by its German-Irish unit DEPFA.

The paper said DEPFA had pursued long-term projects with heavy loans and generally ensured refinancing only at the last minute, which due to the current global credit crunch was no longer possible.

Read about the US House voting against the $700bn bailout 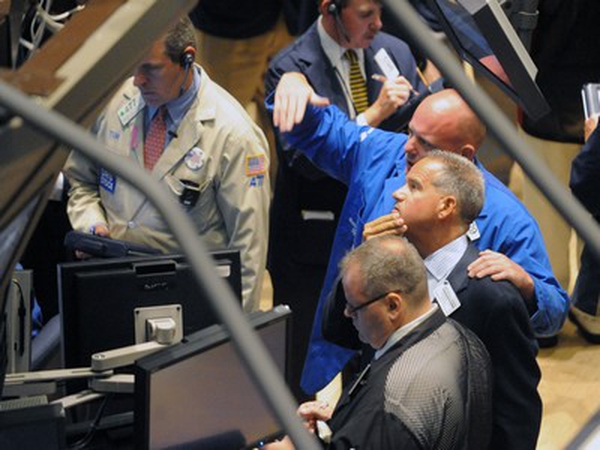