US stocks had their best day in six years on news of a US Treasury plan to resolve the credit crisis.

The rally came on the back of steep declines after a frantic four days in which American investment banks were the main losers.

After earlier volaitility the Dow Jones industrial average closed up 3.86%, while the Nasdaq was up 4.8%

In Dublin, The ISEQ index of Irish shares closed down more than 2.5% to its lowest level since early 2003, with the value of most bank shares continuing to fall.

Meanwhile, the Financial Regulatory Authority has said there is no reason why people here should not continue to transact with their banks as normal.

Japanese stocks fell by over 3% with Hong Kong down by over 5%.

HBOS is the UK's biggest mortgage lender and savings bank. It already has £258bn (€325bn) of retail deposits, and around 15m savers.

Lloyds TSB, which does the bulk of its mortgage lending under its Cheltenham & Gloucester brand, is the UK's third biggest lender in terms of outstanding home loans. During 2007, the latest year for which figures are available, it wrote 8% of all mortgages in the UK.

Britain's financial watchdog, the Financial Services Authority, said yesterday that HBOS was 'well capitalised' despite sharp losses to its share price this week. 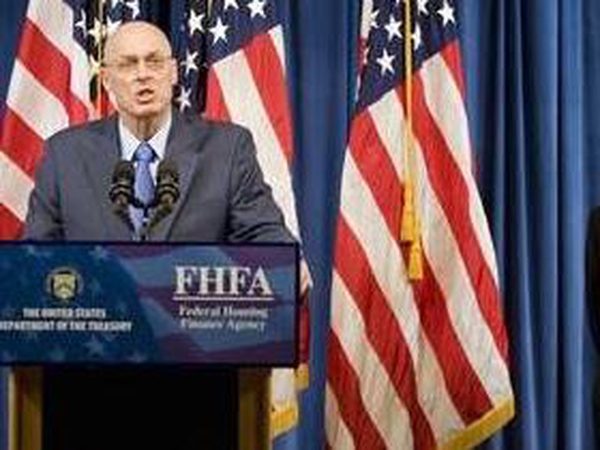