The Taoiseach has said that the Irish economy is facing difficult times as new figures confirmed that we are in a recession.

However, Brian Cowen said that there should be faith in our ability to protect the real achievements made by the country in recent years.

Speaking in New York, where he is attending the UN General Assembly, Mr Cowen said there 'will be painful decisions to be taken'.

He said there are no easy solutions, but the Government will be dealing with that in the coming weeks.

The Taoiseach's comments follow new figures that confirmed that the Irish economy is now in recession.

The figures from the Central Statistics Office show that the economy contracted by 0.8% in the second quarter of this year compared with a year earlier.

It is the second successive quarter of negative growth.

The technical definition of a recession is two or more successive quarters of negative economic growth.

The CSO said that the Gross Domestic Product measure of output fell by 1% in the first six months compared with a year earlier.

Gross National Product, which excludes profits from multinational companies, fell at an annual rate of 2.1% in the second quarter.

A breakdown showed that capital spending in the period was down almost 19% on the same period last year, hit by the slump in house building as well as lower spending on machinery and equipment.

Consumer spending fell by 1.4%, while total industrial production dropped by 1%. Within this, construction was down by more than 12%.

Reacting to the news of recession, the employers' group, IBEC, said the realities of Ireland's economic circumstances must be addressed in the Budget and other Government policies.

Read the Quarterly National Accounts from the CSO here 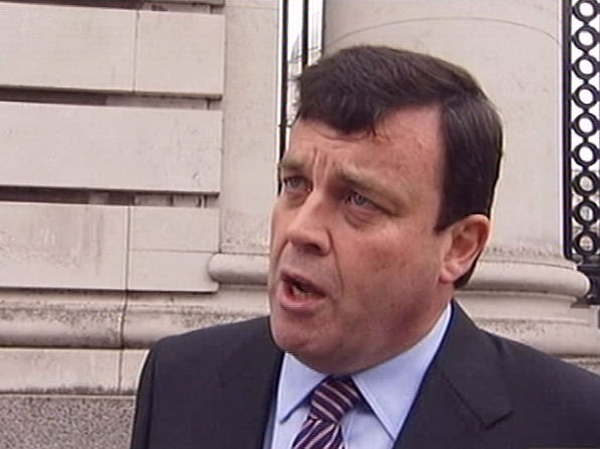