US Republican presidential candidate John McCain has said he will break off from campaigning to help on a Wall Street rescue plan.

He has also asked that a Friday night debate with Democrat Barack Obama be postponed.

Senator McCain, in a statement to reporters, said he would suspend his campaign tomorrow to return to Washington and called on Senator Obama to join him, saying he had spoken to the Democratic nominee.

He said he did not believe a current $700bn rescue plan would pass the US Congress in its current form.

‘It has become clear that no consensus has developed to support the administration's proposal and I do not believe that the plan on the table will pass as it currently stands, he said.

‘We are running out of time,’ he warned.

He urged President George W Bush to call for a bipartisan meeting of lawmakers to try to find an agreement.

Democrat Barack Obama said it was more important than ever for a debate with Republican White House rival John McCain to go ahead at a time of financial crisis.

Mr Obama rejected Senator McCain's call to postpone the first US presidential debate to work on legislation dealing with the worst US financial crisis since the Great Depression.

He said he believed it was important for the American people to hear what their next president intends to do to alleviate the economic crisis.

Senator Obama made the statement shortly after John McCain called for Friday's debate to be postponed and said he would suspend his campaign to help work out agreement among lawmakers on a proposed $700 billion financial bailout plan.

Mr Obama said he had told congressional leaders who are trying to hammer out an agreement on the bailout plan that he was prepared to go to Washington if it would help.

Debate to go ahead

In an earlier statement, Senator Barack Obama's spokesman Bill Burton made no mention of John McCain's call to postpone Friday's first presidential debate, but stressed the initiative for a joint statement on the crisis came from the Democrat.

He said that Senator Obama had called Senator McCain this morning to ask him if he would join in issuing a joint statement outlining their shared principles and conditions for the Treasury proposal and urging Congress and the White House to act in a bipartisan manner to pass such a proposal.

He went on to say that this afternoon, Senator McCain returned Senator Obama's call and agreed to join him in issuing a statement.

He added that the two campaigns are currently working together on the details.

Meanwhile organisers have said they are going ahead as planned with the first of the US presidential debates, despite John McCain's call to postpone the event in the face of the Wall Street crisis.

The University of Mississippi, which is to host Friday's encounter between John McCain and Democrat Barack Obama, said it expects the debate to occur as planned.

It said the University has received no notification of any change in the timing or venue of the debate.

The first of this election's three scheduled debates between the White House contenders is due to be held in Oxford, Mississippi on Friday evening.

The non-partisan Commission on Presidential Debates takes charge of organising the logistics of the debates, brokering agreement between the campaigns on their format, timing and subject matter. 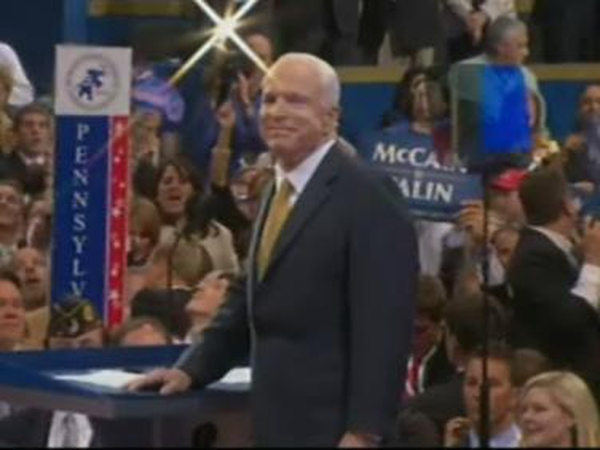