However a jury failed to agree that they intended to blow up transatlantic airliners.

But the jurors were not convinced by the prosecution's case that they planned to target aircraft leaving London's Heathrow airport headed for North America.

The jury failed to reach a verdict in the case of four other defendants and an eighth was cleared on all counts.

The prosecution in the airline bomb plot trial alleged that Ali and his co-conspirators planned to smuggle liquid bombs onto half a dozen flights at Heathrow and blow them up as the aircraft were midway to the US and Canada.

The plot was uncovered in August 2006 and immediately led to the cancellation of thousands of flights. It also led to lasting restrictions on the carriage of liquids onto flights.

Ali and his co-defendants argued that they merely intended to carry out a publicity-style attack to draw attention to their outrage at British and US foreign policy in Iraq and Afghanistan. They said they never intended to attack aircraft.

During the trial, the prosecution presented evidence including videos the men recorded stating their intention to carry out attacks.

A memory stick owned by one of the suspects also held detailed information about flights from Heathrow to US and Canadian cities, most of them departing between August and October 2006.

The bombs would have been made from liquid explosives based on hydrogen peroxide mixed with an organic component such as tang, a substance used to make soft drinks.

Before the jury reached its verdict after more than 50 hours of deliberation, all of the defendants except Mohammed Gulzar, the one cleared on all counts, had pleaded guilty to distributing al Qaeda-style videos threatening suicide bomb attacks in Britain.

When the trial began, prosecutors said the plot centred on seven flights from Heathrow's Terminal 3, each capable of carrying between 241 and 285 passengers.

But recorded conversations between the gang, all aged in their 20s, suggested that other terminals and possibly 18 suicide bombers might have been involved.

US officials had said the carnage would have been as horrific as the 11 September 2001 attacks on New York and Washington that killed 3,000 people. 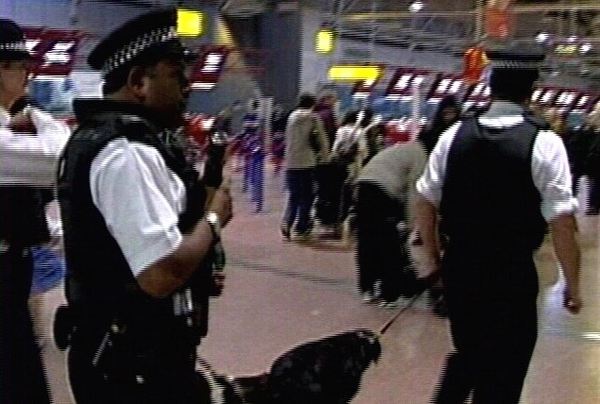