He is one of the top targets for Democrats in the US Congress and today they slapped him with contempt.

A US congressional panel voted to find former presidential adviser Karl Rove, nicknamed 'Bush's Brain', in contempt for defying a subpoena to testify in its probe into suspected political meddling at the Justice Department.

'It is regrettable that it has become necessary to pursue this course, but Mr Rove has left us no option,' Chairman John Conyers, a Michigan Democrat, said in noting that the committee has been trying for months to get Rove to appear under oath.

Rep. Lamar Smith of Texas, the committee's top Republican, accused Democrats of 'conducting witch hunts.' Instead, he said, 'We should consider bipartisan legislation to reduce the price of gas, reduce crime and secure the borders.'

The committee probe is part of a Democratic effort to challenge what they see as Bush's unwarranted expansion of his presidential powers during his eight years in office.

They were cited for refusing to comply with subpoenas demanding documents and testimony in a congressional probe into the firing in 2006 of nine of the 93 US attorneys.

The committee wants to question Rove about those dismissals as well as the decision to prosecute former Alabama Gov Don Siegelman, a Democrat.

The Bush administration contends that turning over records and providing testimony would violate the president's rights to private counsel from staff.

The claim of executive privilege is now being challenged in federal court. There may no final ruling before Bush completes his term in January.

Last week, four peace activists, including a Methodist minister, were arrested as they attempted to make a 'citizens arrest' of Karl Rove during an event in the state of Iowa.

'It should be Karl Rove in that van. War Criminal!' one of a dozen protestors shouted as the four were put into a police van outside a Des Moines country club where Rove spoke at a private state Republican party fundraiser.

Chet Guinn, a retired Methodist Minister, was among those led away.

'To be silent when major crimes are being committed against all humanity makes us accomplices,' Mr Gwinn told reporters just before his prearranged arrest, which took place when protestors stepped past a gate. 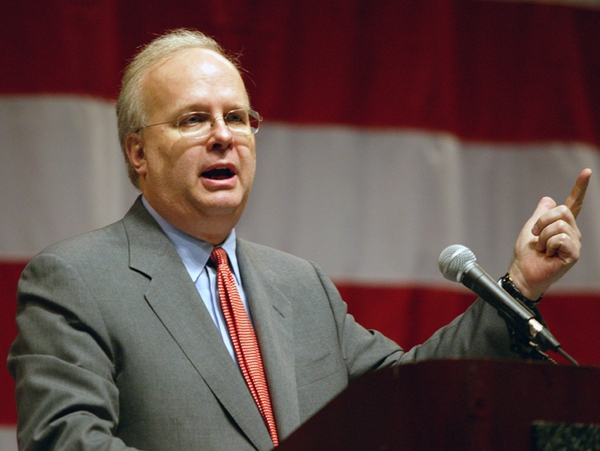