The Archbishop of Tuam, Dr Michael Neary, has appealed to people not to allow themselves to be seduced by consumer values that reduced everything to wealth and security.

Speaking during the annual Croagh Patrick pilgrimage in Co Mayo, Dr Neary also said that in the midst of the recent booming economy, people had not discovered the contentment they had anticipated.

The organisers of today's pilgrimage say they now believe more than 25,000 people took part in the annual climb. It was the biggest number taking part in the pilgrimage in recent times.

There were only a handful of minor accidents during the course of the day. The last of the pilgrims descended the mountain shortly after 9.30pm.

For the first time ever Mass was transmitted live worldwide from the summit by RTÉ television. Dr Neary, who led this year's pilgrimage, celebrated one of 11 Masses on the summit.

More than 20 priests were to be involved in today's ceremonies on the mountain top.

Throughout the day hundreds of first aid, civil defence and mountain rescue personnel were on duty to provide assistance to pilgrims who may encounter difficulty or become injured during the climb. 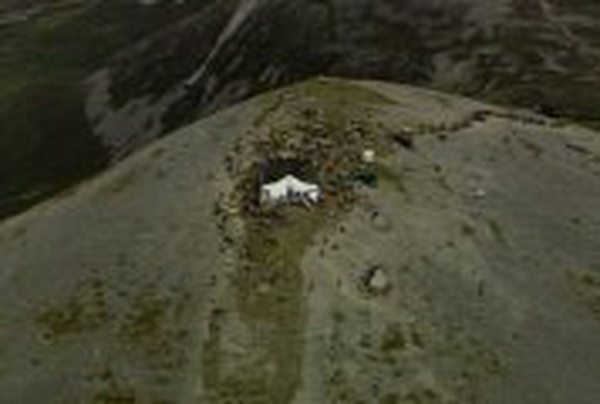