The business partner of property developer Owen O'Callaghan has told the Mahon Tribunal how Frank Dunlop was paid more than £300,000 towards his legal costs.

John Deane admitted that payments for legal fees continued after it emerged publicly that Mr Dunlop had not been co-operating with the inquiry.

Mr Deane said it was decided to pay Frank Dunlop's legal costs on the basis that he had been dragged into the inquiry because of Owen O'Callaghan's payments to politicians during the Quarryvale rezoning.

Mr Deane said this money would be repaid by the tribunal if Mr Dunlop co-operated with it.

Pat Quinn SC for the inquiry pointed out that Mr Dunlop received £161,000 before April 2000 when it was revealed that he had not co-operated.

But Mr O'Callaghan continued to make payments after this date totalling £139,000.

Mr Deane said they were certainly very upset to hear Mr Dunlop had not been co-operating.

But commitments had been given to his legal team and payments continued until a stop could be put to them within a reasonable time.

Ahern to give more evidence

Meanwhile, former Taoiseach Bertie Ahern is to appear before the tribunal again for two full days of evidence in September.

The tribunal has listed Mr Ahern for 15 and 16 September to face renewed questioning over his personal finances.

No date has yet been given for another former Taoiseach Albert Reynolds, whose scheduled appearances have been cancelled on a number of occasions this year.

The tribunal is nearing the end of its investigation in the Quarryvale Two module.

It is due to complete all its inquiries within a number of weeks of returning from the summer break.

Today at the tribunal, Cork developer Owen O'Callaghan denied that he concealed a payment to a politician from developer Tom Gilmartin because of his previous corruption allegations.

But his then business partners in the Quarryvale project - AIB and Mr Gilmartin say they were not informed of this.

Mr O'Callaghan confirmed that Mr Gilmartin had made previous complaints about Mr Lawlor that amounted to corruption.

But he denied concealing the payment to Mr Lawlor because of this.

He said Mr Gilmartin had left him holding the baby in regards to the Quarryvale project and was not available because of his own problems.

Mr O'Callaghan said Mr Gilmartin was always messing up everything he ever did and blamed everyone else for it. 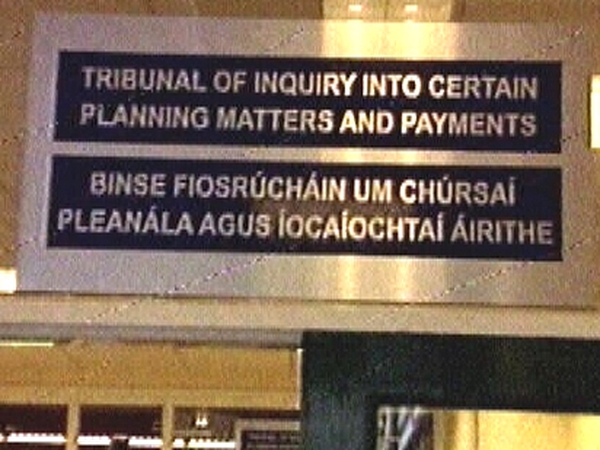