The White House has said it could not confirm reports that Iran had carried out a new round of missile tests earlier in the day but urged Tehran to stop its testing.

A White House spokesman said the expanded use of ballistic missiles is in violation of UN Security Council resolutions.

The US said it wants to see Iran stop enriching uranium, adding that it would like to see it stop tests that further isolate the Iranian people.

The spokesman said the White House was aware of reports Iran tested missiles for a second straight day, but said he was not able to confirm them.

Earlier, the US reminded Tehran that it was ready to defend its allies.

Washington, which accuses Tehran of seeking nuclear arms, said after Iran test-fired nine missiles yesterday that there should be no more such tests if Iran wanted the world's trust.

US leaders have not ruled out military options if diplomacy fails to assuage fears about Iran's nuclear programme, which Tehran says is only to produce electricity.

Israel, long assumed to have its own atomic arsenal, has sworn to prevent Iran from emerging as a nuclear-armed power. Last month it staged an air force exercise that stoked speculation about a possible assault on Iranian nuclear sites.

Defence Minister Ehud Barak said he favoured the use of diplomatic pressure and sanctions, but added that Israel is the strongest country in the region and has proved in the past it is not afraid to take action when its vital security interests are at stake.

Iran has vowed to strike back at Tel Aviv, as well as US interests and shipping, if it is attacked, asserting that missiles fired during war games under way in the Gulf included ones that could hit Israel and US bases in the region.

The US, Britain, France, Germany, Russia and China have offered Iran incentives to curb its nuclear work. Tehran rejects their demand that it suspend uranium enrichment.

EU foreign policy chief Javier Solana, acting for the six powers, is expected to meet Iranian officials for talks on the package, but no time or place has been announced. 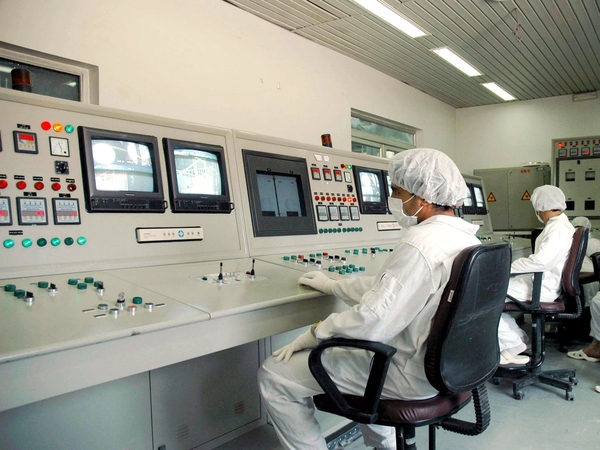