An Italian architect has unveiled plans for a new skyscraper in Dubai that would be 'the world's first building in motion' - an 80-storey tower with revolving floors that give it an ever-shifting shape.

The spinning floors, hung like rings around an immobile cement core, would offer residents a constantly changing view of the Gulf and the city's skyline.

'It's the first building that is dynamic, changing the shape,' Florence-based designer David Fisher told AP Television in New York, where he presented his plans.

'You can adjust the shape the way you like every given moment. It's designed by life, shaped by time,' he added.

The motion of the rest of the building would be choreographed by the design team, in patterns that could be altered over time.

Twisting floors were just one of several futuristic features planned by Mr Fisher.

Giant wind turbines installed between every floor would generate enough electricity to power the entire building and even feed extra power back into the grid, he said.

'I was thinking how to use the wind. Wind has a very negative effect on skyscrapers, we all know, and I say why do we want to fight the wind?' Fisher explained, adding: 'Lets use the wind, you know, for our benefit.'

Lifts would allow penthouse residents to park their cars right in their apartments, rather than leave them in a ground-level garage.

Even the method of construction would be unorthodox.

Mr Fisher said that each floor was to be prefabricated in an Italian factory, then shipped to the site and attached to the core.

Assembling a building in this fashion will require only 80 technicians and take 20 months, saving tens of millions of dollars, resulting in a total cost of $700m.

The architect declined to say exactly where in Dubai the tower would be built or when site work might begin.

He insisted, however, that factory production was set to start within weeks and that the tower, which would contain office space, a luxury hotel and apartments, would be complete by 2010.

Sales of individual apartments were to begin in September, with asking prices of around $3,000 per square foot.

Mr Fisher acknowledged that he was not well known, had never built a skyscraper before and had not practiced architecture regularly in decades.

But he insisted his lack of experience would not stop him from completing the project, which attracted top design talent, including Leslie E. Robertson, the structural engineer for the World Trade Center and the Shanghai World Financial Center.

He has already planned a second version of the tower for Moscow.

Both structures, at 400m would be taller than the Empire State Building. 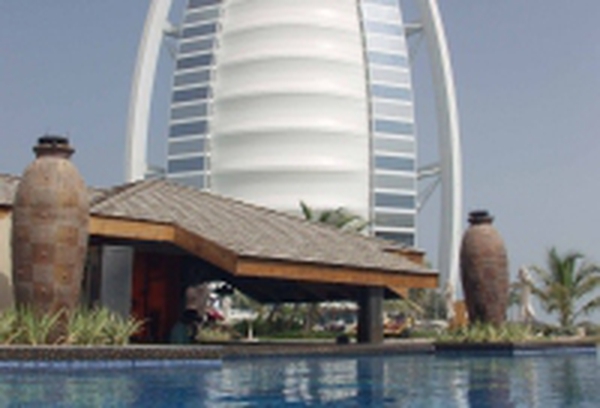