Taoiseach Brian Cowen has told EU leaders that there is no quick fix to resolving the dilemma cause by the rejection of the Lisbon Treaty by Irish voters.

Speaking at a press conference after the EU Summit meeting concluded, he made it clear it is too early to know how we can move forward at this time.

He added that it has been a busy number of days and that he stressed to EU leaders and that the only potential way forward would need to be acceptable to Ireland and other countries.

He said a number of EU members have indicated at the summit that they have no interest in reopening negotiations on the Lisbon Treaty.

When asked about whether a second referendum would be held, Mr Cowen said he could not say whether there would be a further vote on Lisbon.

He said the Government could not go beyond where they are at the moment. They are currently analysing the results of the Lisbon Treaty's rejection.

It was also revealed that French President Nicolas Sarkozy will visit Ireland at the beginning of his EU presidency and in the aftermath of Ireland's rejection of the Lisbon Treaty.

Mr Sarkozy earlier said he intended to go to Ireland to help seek a solution, but he said he was determined not to reopen the debate on the institutions of the EU.

The French President has also said that European Trade Commissioner Peter Mandelson is partly to blame for Ireland's rejection of the Lisbon Treaty.

Speaking on the second day of the EU summit in Brussels, Mr Sarkozy said: 'To have negotiated an agreement wherein we had gained nothing on services, nothing on industry - everyone is in absolute agreement,' he said.

'Look, quite honestly,' Mr Sarkozy said, 'there is one person who is of this opinion, that's Mr Mandelson, and it is not France's position.'

IFA President Padraig Walshe has said Mr Sarkozy was correct in pinpointing the damage that Commissioner Mandleson had done to farmer opinion in the run-up to the Lisbon referendum.

The Minister for Agriculture, Fisheries and Food has rejected comments from Mr Mandelson that No campaigners in the Lisbon Treaty were allowed to spread misinformation.

Speaking at the Farmfest event in Galway, Brendan Smith said the Government's focus was now on addressing the issues raised during the campaign, as part of the effort to resolve the difficulties raised by the Irish rejection.

He said the Lisbon Treaty would be good for Ireland and good for those in the farming sector. Minister Smith said it was too early to say if the Treaty could be eventually ratified by Irish voters.

The Czech Republic's hesitation over the Lisbon Treaty is also a point of focus at the EU summit.

Ahead of today's session, EU foreign policy chief Javier Solana said he did not think the Czechs would block the Treaty. He also said he thought the Treaty would be ratified in all the remaining member states.

However, Belgian Secretary of State for Foreign Affairs Olivier Chastel was sceptical, saying the Czechs were not willing to listen to reason about other countries pursuing ratification.

Luxembourg has meanwhile warned that the EU will not be able to enlarge further without the Lisbon Treaty.

Slovenia, which holds the EU Presidency, says Ireland's rejection of a new EU treaty should not slow the process of enlarging the bloc.

Prime Minister Janez Janša said he did not see why member states should focus on the enlargement issue at its summit being held in Brussels.

Separately, the Czech Prime Minister Mirek Topolanek said he expected negotiations with Ireland on what it might do regarding the Lisbon Treaty would take place in the first half of next year. 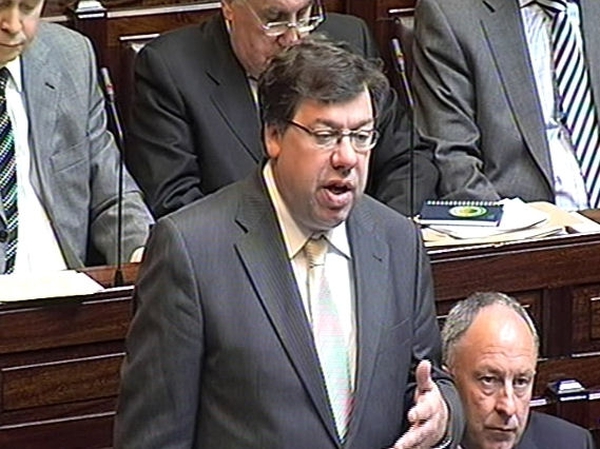