The Dáil is to debate the Lisbon Treaty for more than five hours tomorrow.

Apart from leader's questions, ministerial questions and private member's business in the evening, the entire Dáil schedule has been cleared to allow members debate the fallout from last week's rejection of the treaty.

The European Parliament will also debate the implications of the Irish No vote tomorrow.

Opposition leaders had complained at the order of business this afternoon that the issue was being discussed up and down the country yet no time was available in the Dáil.

Fine Gael leader Enda Kenny said every other parliament in Europe was debating it and it was inexplicable that we were not.

Labour Party leader Eamon Gilmore said there was an air of unreality about today's Dáil business, claiming the Government was in denial about the referendum.

Brian Cowen said there would be a full debate after Thursday's European Council meeting, but said he had no objection to allowing time tomorrow to discuss the implications of the referendum defeat.

He also outlined to the Dáil his approach for Thursday's summit. Mr Cowen said he will tell his European colleagues that regarding the referendum, the people of Ireland have spoken and the Government accepts the result.

He told the House that there is a need for the EU and not just Ireland to examine what this vote means and to find a way forward.

He was replying to questions from Mr Gilmore and FMr Kenny on whether he had received an agenda for Thursday's summit.

The Taoiseach said he will be aiming to reflect the range and depth of debate that occurred here.

The Cabinet was earlier briefed by Minister for Foreign Affairs Micheál Martin on the outcome of yesterday's discussions with his EU colleagues.

After the Luxembourg meeting, Minister Martin said the finger of blame had not been pointed at Ireland over the defeat of the Lisbon Treaty referendum.

He said all the other states wanted to work with Ireland to find a solution to the situation.

In Strasbourg, EU Commissioner Charlie McCreevy has been criticised for not reading the treaty prior to the referendum.

At a news conference on the Irish No vote, the European Parliament's Socialist leader Martin Schulz rounded on Mr McCreevy saying he was particularly disappointed by Mr McCreevy's statement that he had not read the Lisbon Treaty.

'We have to ask Mr Barroso what kind of people he has in his Commission, particularly if you have someone acting as the deregulation Pope in Europe who goes home and says he hasn't read the treaty and doesn't understand it,' said Mr Schulz.

'The No of the Irish has to be taken very seriously,' he added. 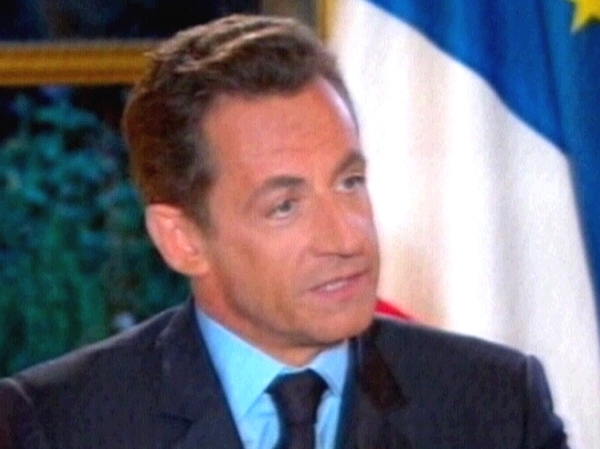 Sarkozy wants no disruption to ratification