Businessman Don Tidey has begun giving evidence at the trial of a former IRA leader who is accused of kidnapping him 25 years ago.

Brendan 'Bik' McFarlane, 56, with an address at Jamaica Street in Belfast, is pleading not guilty to kidnap and firearms charges.

Mr Tidey told the Special Criminal Court a gun was put to his head after he left his home on 23 November 1983 by a man who was dressed as a Garda but his manner and appearance looked unlike one.

He said he tried to resist but was forcefully removed from the car, struck over the head with the butt of a gun and bundled into another car.

He said a number of men held him down and sat on him with such force that they ruptured his rib cage. He also said he heard gunshots and a lot of excitable talk.

When the car stopped he was taken out, a sack was put over his head and he was transferred to a van and taken to farmland. He could not see it but he could smell it, he said. He also said he was interrogated there.

Mr Tidey said he was manacled, handcuffed, hooded and a device was put over his head which constricted his ability to hear and see.

He said he was pretty helpless, exceedingly uncomfortable and in considerable pain because the handcuffs were too small for his wrists.

Mr Tidey said he spent some days chained to a tree in manacles with his head covered.

He shared a communal broken toothbrush, which was passed among him and his captors.

He was fed mainly on bread, occasionally given jam and a segment of fruit.

The food was mainly cold and very rarely did he get soup and tea.

He was not allowed to shave or take exercise and there was little or no communication between him and his captors.

After five days he was handed a newspaper and photographed.

On the day before he was rescued, he said his routine changed and he was kept in the hideout all day.

After Mr Tidey completed his evidence his daughter Susan and his son Allister also told the court today how they witnessed their father been beaten and abducted.

Earlier, a retired member of the gardaí earlier told the court that he saw the bodies of a Garda and a soldier after they had been shot dead in Derada Wood during the rescue of Mr Tidey.

Retired Detective Inspector Patrick Gavin said that the bodies were lying in a 2.5 acre wood of 18ft high spruce trees.

They were about 40ft away from the kidnapped gang hideout; this he described as a tent made of black polythene about 12ft by 6ft hidden underneath the trees.

There were utensils in front of the tent and it was clear that it had been occupied recently. He said visibility in the forest was very poor and the hideout couldn't be seen from the road which was about 200ft away.

The late trainee Garda Gary Sheehan's family were in court to hear how the 23-year-old was in his official uniform lying on the ground with a 6ft steel probe used for searching underneath him. 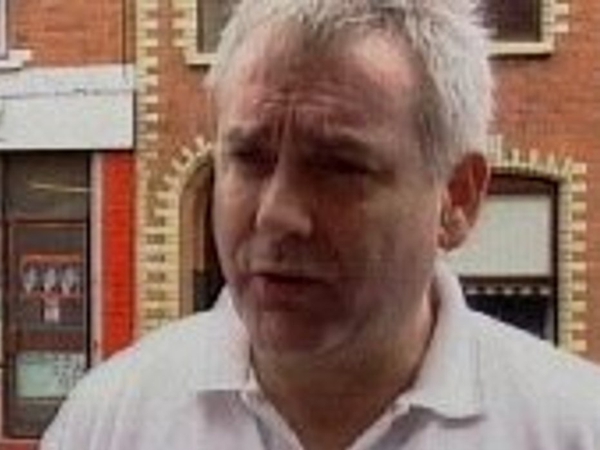