Former Taoiseach Bertie Ahern has said sterling lodged to his building society account in the mid-1990s was made up in part of  money he won backing horses.

Mr Ahern was answering questions at the Mahon Tribunal about thousands of pounds in sterling lodged to his and his daughters' accounts.

Mr Ahern told the Mahon Tribunal he had forgotten he lodged around £13,000 sterling bought from a Manchester businessman who is now dead.

Mr Ahern was explaining lodgements made on his behalf to building society accounts in 1994.

The tribunal discovered they were sterling cash, contrary to Mr Ahern's earlier evidence.

Mr Ahern also accepted he was wrong to claim in an RTÉ interview that the inquiry had not given him details of the sterling lodgements before the appearance of his secretary Grainne Carruth at the tribunal.

But he accused the tribunal of trying to 'hang' Ms Carruth and said he was willing to fight inquiry counsel Des O'Neill 'tooth and nail'.

Mr Ahern initially told the inquiry they were accumulated salary and expenses cheques in Irish punts.

But he admitted that he knew through tribunal documentation by 9 March this year that these lodgements were in fact sterling.

His former secretary Grainne Carruth broke down in the witness box ten days later and accepted that the lodgements were sterling.

Mr Ahern was asked about an interview with Bryan Dobson of RTÉ in the US in which he claimed he was unaware of the sterling lodgements when Ms Carruth gave evidence.

Mr Ahern was asked by Mr O'Neill SC to accept this statement was totally untrue.

Mr Ahern said no. He said he felt very sore about this and that he was willing to fight Mr O'Neill tooth and nail inside or outside the tribunal.

He accused the inquiry of being totally unreasonable and trying to hang Ms Carruth.

Following an intervention by Chairman Judge Alan Mahon Mr Ahern said he did accept he was wrong to say he had not received documentation. But that he was too busy with the Dáil, the European Council, and a trip to the US to reply to the tribunal before Ms Carruth's appearance.

Mr Ahern said the money still came from saving his pay cheques but he had first purchased sterling from Manchester businessman, the late Tim Kilroe, intending for a while to buy property in Manchester.

He thought he had kept this in his safe and used it as a float for holidays and sporting bets in England.

He said he now accepted that this money had been lodged by his secretary.

And he accepted this was extra savings not included in previous statements to the tribunal.

Today's appearance is Mr Ahern's first free from the responsibilities of the Office of Taoiseach.

He entered the building through the Revenue Commissioners Office, which is the same entrance used by the tribunal judges and a different entrance to other witnesses.

He is also scheduled to give evidence on Thursday and Friday.

This morning a tax consultant told the tribunal that he advised the then Taoiseach that he had no tax liability arising from his goodwill loans and Manchester donation.

Noel Corcoran said he was contacted by Mr Ahern around 2000 after an allegation about Mr Ahern was published in the Sunday Business Post.

Mr Corcoran said he told Mr Ahern that if the goodwill loans were repaid with interest there would not be any tax liability.

He also told him there was no liability about the Manchester donation because of the amounts involved and because Mr Ahern did not know the identity of the donors.

Mr Corcoran said he understood from the eight or nine-minute conversation that the loans had not been repaid.

He was not told by Mr Ahern that the goodwill loans were intended as gifts.

Mr Corcoran said he was asked to give evidence to the tribunal by Mr Ahern's advisors.

He had known Mr Ahern for 20 years and did not keep a record of this advice. 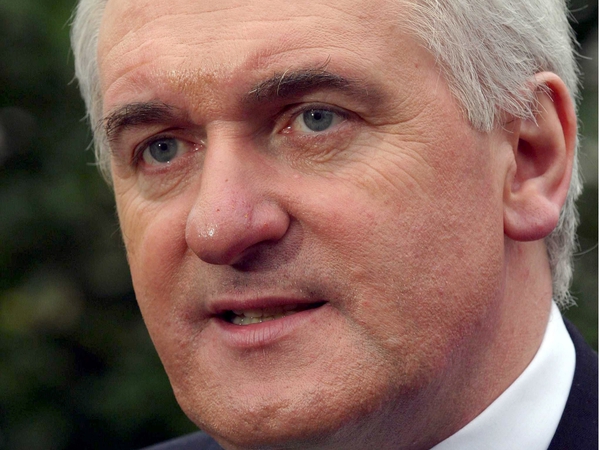