The IFA is calling on farmers and their families to vote Yes in next week's Lisbon Treaty Referendum.

This follows the Taoiseach's commitment to use the veto in Europe if a deal on World Trade reform which is unacceptable to Ireland is put to a vote.

After weeks of a stand-off between the IFA and the Government, the Taoiseach finally agreed to their demand that it would use the veto if a bad deal emerges on World Trade. (Read Sean Whelan's in-depth look at this issue).

The IFA had threatened not to support the Lisbon referendum if the Government did not indicate that they would use the veto if there was an unfavourable WTO deal for Ireland.

A meeting of the IFA's National Executive called to decide what voting advice to give farmers was held up for over two hours this morning as the IFA leader Padraig Walshe held discussions with the Taoiseach and senior civil servants.

At lunchtime, the Taoiseach said he was prepared to use the veto.

The IFA National Executive later unanimously called for a Yes vote and Padraig Walshe said he was glad to get the Taoiseach's reassurance.

The IFA says the EU bureaucracy must now put agriculture at the top of their agenda, and that EU Commissioner Peter Mandelson should re-think his whole strategy.

With less than ten days to go to the referendum on the Lisbon Treaty, Taoiseach Brian Cowen has welcomed the IFA's Yes recommendation.

However he stressed that this was not a change in the Government's position.

He said that this has been his and his Ministers' message from the outset.

Fine Gael has also welcomed the decision by the IFA but strongly criticised Brian Cowen's handling of the issue which the party described as 'appalling'.

Frontbench spokesman Simon Coveney said the Taoiseach should have made clear weeks ago that the veto might be used, rather than waiting until the last minute.

On the No side, Libertas Executive Director Naoise Nunn said the IFA's U-turn on the treaty was 'disappointing, but totally to be expected'.

A smaller farm group, the Irish Creamery Milk Suppliers Association, decided on Sunday to recommend a Yes vote to its members.

A few weeks ago the leaders of the IFA and the ICMSA took part in a large demonstration by farmers against the current World Trade proposals.

During the protest, Mr Walshe warned that his association would not support the Lisbon Treaty referendum if Irish agriculture looked like being damaged in the talks.

The IFA has been demanding that the Government should signal that it would veto a bad WTO deal.

On Sunday after a meeting with the Taoiseach, the ICMSA, which is the second largest farm organisation, said it would urge a Yes vote after Mr Cowen told it the current WTO proposals are not acceptable to Ireland.

This morning, the Green Party and prominent environmentalists jointly called for a Yes vote.

TV presenter Duncan Stewart said without the EU even greater harm would have been done to the environment during the Celtic Tiger years.

A well-known business academic has meanwhile called for a No vote.

Professor Ray Kinsella said tax harmonisation was inevitable but that a No vote would send a strong signal that Ireland intended to defend its low corporation tax. 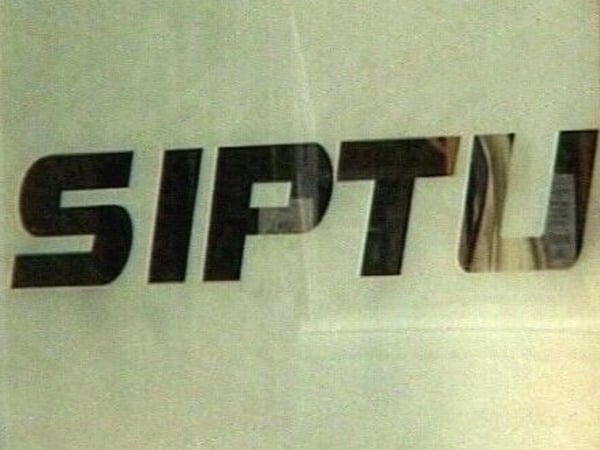