SIPTU has said it will only recommend support for the Lisbon Treaty if the Government promises to legislate to ensure the right to collective bargaining.

The National Executive of the country's largest union met today to decide its position on the Treaty and said it was not prepared to support a watered down version of Lisbon.

SIPTU said the Treaty was focused on competition and the free market, but that this was balanced by the entitlement to collective bargaining in most member states.

But it said this balance did not exist for Irish workers, and therefore SIPTU could only back the Treaty if the Government agreed to new legislation to enshrine this right in Irish law.

The union's statement said it was not prepared to support a 'watered down' version of Lisbon which would expose Irish workers to the free market aspects of the Treaty, while being denied the balancing protection of real Collective Bargaining.

Last week, the Irish Congress of Trade Unions issued a call to members to support the treaty in next month's Referendum, but SIPTU representatives abstained from the vote as the union had not yet reached a decision.

In Italy, Prime Minister Silvio Berlusconi's new government adopted measures to ratify the Lisbon Treaty, but its Northern League partner wants this to be put to a referendum.

The Northern League, which wants autonomy for north Italy, is the linchpin that gave Mr Berlusconi's coalition a parliamentary majority, but has 'reservations' about the treaty. 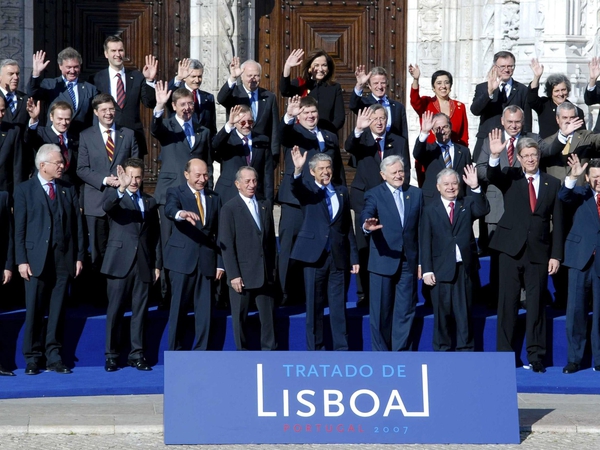