The Catholic Archbishop of Dublin has said the Lisbon Treaty does not alter the legal position of abortion in Ireland.

Speaking at the launch at a pastoral reflection on the Treaty Archbishop Diarmuid Martin condemned those who introduced what he called extraneous factors into the debate.

He said the treaty was essentially a codifying document involving only marginal areas of change.

The Catholic bishops' pastoral reflection does not endorse one position or the other but called on people to inform themselves about the treaty and not to use the referendum to register a protest vote.

The bishops also say that while Christian humanist values lie at the heart of the treaty it is regrettable that it contains no explicit recognition of Europe's Christian heritage.

Fine Gael leader Enda Kenny earlier called for the leaders of the three main parties to make a joint appeal for a Yes vote in the Lisbon referendum.

Speaking on RTÉ Radio’s News At One, Mr Kenny said now was not the time for his party supporters to use the referendum to take a partisan or party political stance against the Government.

He said a Yes vote was crucial for Ireland.

The Government has accused No campaigners of trying to generate fear on issues that are not directly addressed by the treaty, such as abortion.

Minister for Foreign Affairs Micheál Martin has said that Ireland would continue to have absolute control over protection of the unborn and accused those who argued otherwise of mounting a ‘deeply cynical campaign’.

He also said the Lisbon Treaty will help the EU to be a force for peace in the world and that Sinn Féin’s claims that the treaty will lead to the creation of an aggressive military force attack grossly distorts the EU's mission.

Minister of State for Drugs Strategy and Community Affairs John Curran has said the Lisbon Treaty, if ratified, will assist the Government's efforts to deal more effectively with the challenges posed to Ireland and Europe by the international drugs threat.

Taoiseach Brian Cowen has said that the upcoming referendum is a chance to show the rest of Europe that Ireland remains fully commmitted to the EU.

He said he is confident that on 12 June most people will recognise that overall the treaty is a sensible package, which will be good for the success of the economy and wellbeing of society, without sacrificing anything whatsoever in areas of special concern for Ireland.

The Taoiseach said a Yes vote would also show that Ireland values the improved efficiency and effectiveness the treay will bring about.

Mr Cowen also said that by adopting the treaty, Ireland will be better able to build closer levels of cooperation, stronger allliances and greater goodwill with fellow member states.

RTÉ.ie/Lisbon has complete coverage of the Lisbon Treaty. 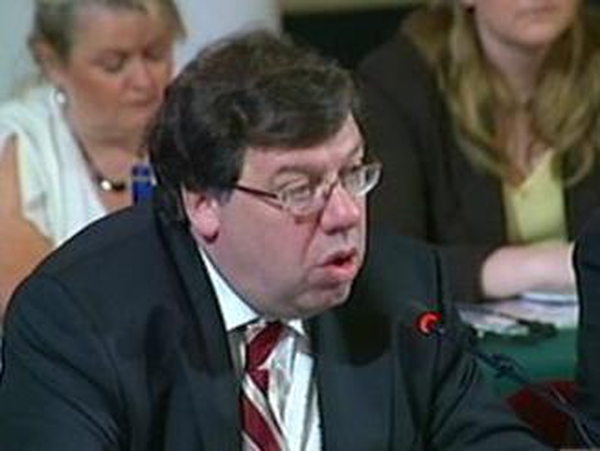