Taoiseach Brian Cowen has accused opponents of the Lisbon Treaty referendum of claiming to be pro-EU but who are in reality against the measure.

Mr Cowen said people were entitled to have a bad view of the EU but they were not entitled to pretend they were supportive of it.

He told the Forum on Europe that those who said Ireland should negotiate a better deal from Europe knew that this was not realistic.

Mr Cowen insisted that the referendum represented an opportunity for the country to show that it remained fully committed to the EU.

Voting Yes would allow for better levels of co-operation and stronger goodwill. Those who said the treaty could be renegotiated were wrong and what is more did not mean it, he claimed.

Their stance was a diversionary tactic from those who had always been opposed to Europe, he said.

But Sinn Féin's Mary Lou McDonald told the Taoiseach that there was always a plan B in politics, and that to say there was not in this case was to move the debate into the realms of coercion.

Socialist party leader Joe Higgins raised a laugh when he said the Taoiseach must be relieved to be discussing the L-word.

Seamus O'Brian of the Irish Farmers' Association said there was distrust and fear in the farming community about the implications of the World Trade deal.

He said he believed Mr Cowen when he said the Government would veto corporation tax changes, and said the Taoiseach should give the same assurance about the WTO talks.

In response, Mr Cowen said that the legal situation had not changed in relation to Ireland's power to veto any WTO deal. He said that no deal had yet emerged and when it did the Government would study it.

He told the forum that the principle of solidarity was at the heart of Europe and a Yes vote would vindicate that.

He said he should not be called a bully-boy because he believed passionately in that principle and was prepared to argue vigorously in favour of it. 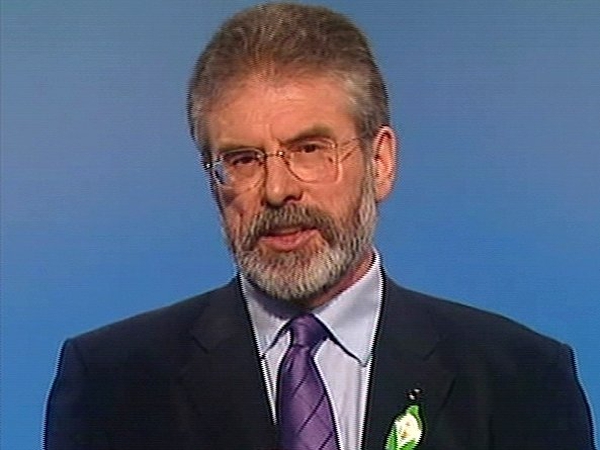