Barack Obama claimed a new milestone in his White House quest and declared the Democratic nomination nearly within his grasp after splitting his latest primary battles with Hillary Clinton.

Senator Clinton took the southern state of Kentucky and Senator Obama won the northwestern state of Oregon to come within a mere 75 delegates of the 2,026 needed to win the party nod.

Mr Obama basked in an initial moral victory as he sewed up a majority of pledged delegates elected in a bruising run of coast-to-coast nominating contests.

Ms Clinton's chances of depriving Mr Obama of his prize rested on a wholesale defection of unelected superdelegates, nearly 800 top party officials who can vote how they like at the party's August convention.

But the former first lady and current New York senator vowed anew not to give up her dream of becoming the first female US president until after the closely fought Democratic primary season ends on 3 June.

The often-bitter campaign appeared to be winding down as both candidates went out of their way to assure a united front against Republican John McCain in the November election.

'The Bush policy that asks everything of our troops and nothing of Iraqi politicians is John McCain's policy too,' Mr Obama said.

At the same time, Mr Obama praised Ms Clinton and highlighted her value as a potential ally instead of an adversary.

But results held new warning signs for Mr Obama as Ms Clinton's success among white, working-class voters raised new questions about his appeal with the crucial swing bloc in a general election.

Exit polls in Kentucky found that 41% of Ms Clinton's supporters said they would vote for Mr McCain, in a sign that racial considerations were still close to the surface.

In a new sign of his growing political might, Mr Obama's campaign said he had raised $31m in April. Ms Clinton's communications chief Howard Wolfson said her campaign raised $22m in the same month.

Both Mr Obama and Ms Clinton were heading to Florida Wednesday. 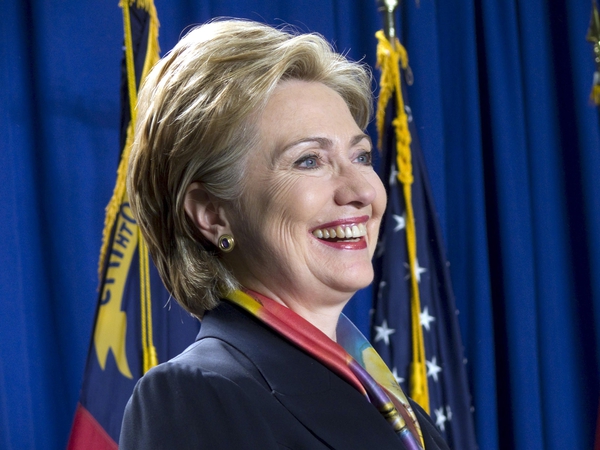