The government has warned that more powerful ones could come.

The warnings and forecasts of heavy rain have compounded difficulties for relief workers.

Nearly 5m people have been left homeless; many people still with homes left the buildings after the official warning of aftershocks.

Shortly after the warning was issued, a tremor measuring 5.0 on the Richter scale rattled Pingwu county, about 125km north of the epicentre of last week's devastating quake.

More than 150 aftershocks measuring at least 4.0 have shaken southwestern China since the initial disaster.

Relief workers are still searching for survivors even as hopes dwindle.

Workers spent more than 30 hours trying to dig the 31-year-old power plant executive out of the rubble of a destroyed building, during which they fed him sugary water through a straw.

Despite an outpouring of volunteers and donations, doctors are working round-the-clock to treat those with physical injuries. Many more people are expected to need psychological care. 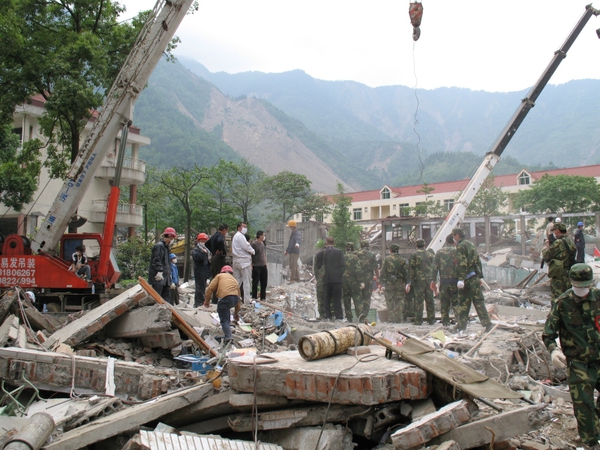