China is struggling to bury its quake dead and help tens of thousands of injured, homeless and hungry people.

Four days after the massive earthquake, the death toll is now expected to exceed 50,000.

China has agreed to admit teams of rescue workers from Japan, Russia, Singapore and South Korea, and issued a mass appeal for tens of thousands of shovels, hammers and cranes.

President Hu Jintao has visited the worst-affected province, Sichuan, flying to Mianyang, one of the cities worst hit in Monday's 7.9-magnitude quake.

He said relief work had entered its most crucial phase.

'The challenge is still severe, the task is still arduous and the time is pressing,' he said.

Premier Wen Jiabao said the quake damage could exceed the devastating 1976 tremor in the northeastern city of Tangshan that killed up to 300,000 people.

He called on officials to ensure social stability as frustration and exhaustion grew among survivors, many of whom lost everything and were living in tents or in the open air.

Anger has also focused on the state of school buildings, many of which crumpled, burying hundreds of children, when the quake struck, prompting China's Housing Ministry to order an investigation. 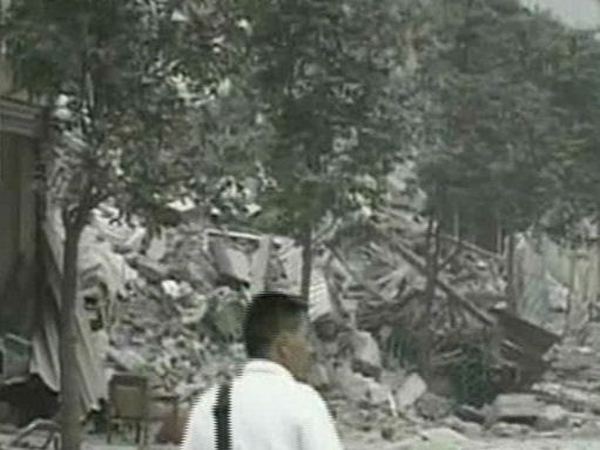