A new opinion-poll shows a two-to-one majority in favour of the Lisbon Treaty, among voters who have made up their minds.

However, the TNS/mrbi poll in tomorrow's Irish Times also shows that nearly half of all voters are either undecided, or do not intend to vote.

The poll was carried out on Monday and Tuesday, with 1,000 voters in every constituency in Ireland, and shows that since the last TNS/mrbi survey in January, opinion has shifted significantly towards the Yes side.

Tomorrow's Irish Times will report that 35% of voters say they will support the Treaty - an increase of nine since January; while 18%will vote no - that is an increase of 8%.

But a very significant 47% of all voters say they do not know, they have not decided, or they have no intention of voting.

On the face of it, it is bad news for opponents of the Treaty. However at the same point in the first referendum on the Nice Treaty, the Yes side was quite a bit further ahead - by 52% to 21% - and still lost.

The General Secretary of the Irish Congress of Trade Unions has urged trade unionists to vote Yes to the Lisbon Treaty.

Mr Begg acknowledged that many people within the trade union movement were disenchanted with the European project because they believe the concept of social Europe has been put on the back-boiler.

However, he said that the Lisbon Treaty would incorporate the European Charter of Fundamental Rights, which would give better legal status to workers' rights.

'It would be a serious error of judgement to miss the opportunity to give legal effect to the charter,' he added.

Mr Begg urged delegates to let their heads rule their hearts no matter what they thought of the people in the European Commission.

Speaking on RTÉ Radio's News At One, Mr Begg said he believed it would be a mistake for workers to focus on the issue of pay when voting on the Treaty.

The ICTU will decide its formal position on the treaty on Wednesday.

He said that when people look at what is in the treaty, they would see that it is about the bigger picture and 'the challenges and opportunities for our children'.

Mr Kenny was speaking at the launch of a new Fine Gael billboard campaign urging voters to be 'at the heart' of Europe.

He promised a vigorous campaign in the run-up to the referendum on 12 June and said he was glad the Government had started to campaign for a Yes vote. 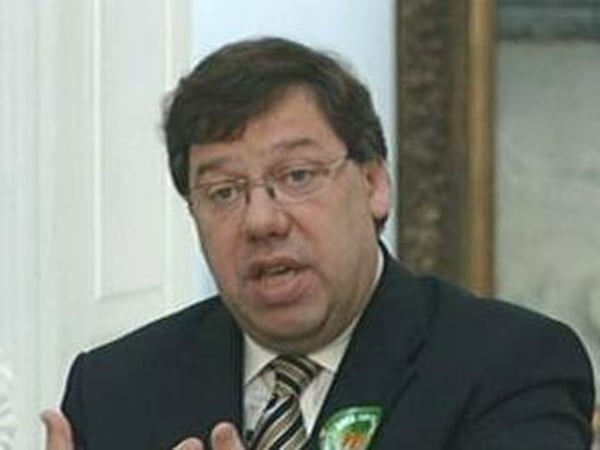