Computers have arrived in Cuba after the country's president, Raul Castro, authorised their sale to the general public for the first time.

Previously, only foreigners and companies could buy computers in Cuba, while DVD players were seized at the airport until last year, when customs rules were eased.

Mr Castro, 76, has led Cuba since July 2006 when his older brother Fidel provisionally handed over power after intestinal surgery from which he has not fully recovered.

The younger Castro was formally named president on 24 February, becoming Cuba's first new leader in almost half a century. He has promised to ease some of the restrictions on daily life.

Among shoppers at one Havana mall were Lucia Lima and her daughter Amanda, who was fulfilling a long-held dream of owning her own PC.

'I came to buy a computer for my daughter. It's been a dream of hers since she was little. Besides computers are everywhere in the world,' Amanda's mother said.

Shopper Nicolas Gonzalez said the sale was another positive sign of the opening up of consumer markets by Mr Castro, who has also freed up cell phone use and allowed Cubans access to luxury hotels.

'It's something that moves toward the progress we are hoping for - I think it's good,' Mr Gonzalez said.

But other Cubans see it as something far out of their reach. Computers and the other new good on sale are sold in hard currency CUCs, or convertible pesos, worth 24 times more than the Cuban pesos state wages are paid in.

'They have cars, motorcycles. They have good jobs or positions in the government and that's what helps them improve their status. I work and save and save and we'll see if one day I can buy the blessed DVD player for my child,' he said.

Cubans have long complained of the two-tiered money system that leaves average citizens without buying power.

Mall administrator Medeline Hernandez confirmed that prices of new products are for those with convertible pesos.

'The stores are still for the stronger currency, not for those who earn national money,' she said.

In the past weeks, appliances long desired by Cubans have gone on sale, although air conditioners will not be available in stifling Havana until next year and toasters until 2010 due to limited power supplies. 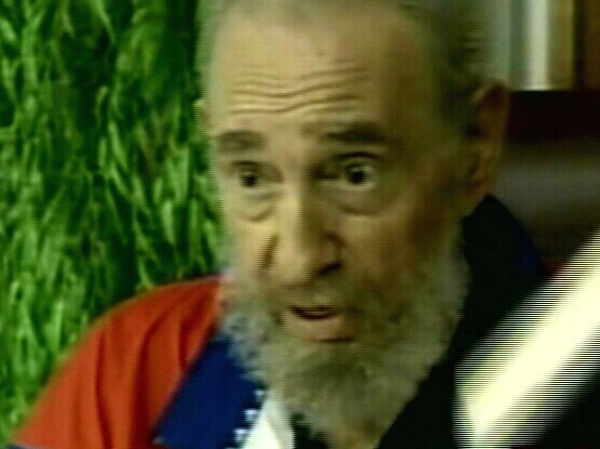