Former Minister and EU Commissioner Padraig Flynn has denied at the Mahon Tribunal that he used a part of £50,000 donation from developer Tom Gilmartin for personal investments.

Mr Flynn also denied Mr Gilmartin's claim that the money was intended as a political donation for the Fianna Fáil party not for him personally.

The former Environment Minister has returned to the Tribunal to be questioned about £50,000 he received from developer Tom Gilmartin in June 1989.

Mr Gilmartin claims that the money was for Fianna Fáil and was paid to ease difficulties he was having with his Quarryvale development.

Mr Flynn gave the money to his wife Dorothy. He said it was clear the money was a personal donation.

Mrs Flynn lodged the money to a non-resident account in AIB Castlebar using a false address in London.

But Mr Flynn denied a suggestion by Patricia Dillon SC for the Tribunal that this money came from funds he said he received as political donations.

Mr Flynn said most of the money he invested through his daughter had come from savings he accumulated in a safe at his home.

Mr Flynn had given his daughter £25,000 for investment in October 1989, three days after the same amount was withdrawn from the non-resident account used for political donations.

She asked him was it not the only rational explanation that he had used political donations for personal investments.

Mr Flynn replied that was not true.

He said he had no idea why Mr Gilmartin had told Fianna Fáil officials in 1990 that he had given £50,000 to the party

He agreed that Mr Gimartin must have been mistaken

The Tribunal has heard that Mr Flynn had over £71,000 in the non-resident account in London.

Mr Flynn said he has no records to back up his evidence that over half of this was spent on election expenses.

Most of the money in the AIB account in England came from the £50,000 from developer Tom Gilmartin which Mr Flynn says was a personal political donation.

He said withdrawals totaling £37,000 went on election expenses, but he has no records.

A further £35,000 went on investments in National Irish Bank handled by his daughter, Beverley Flynn.

But he denied that all the investment money came from withdrawals from this account.

He said two withdrawals totaling £50,000 were made by Dorothy Flynn and he cannot say if they were in cash. 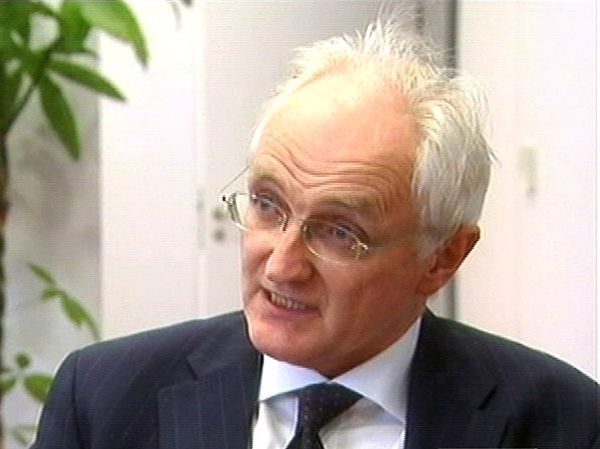