The High Court has heard a claim that broadcaster Pat Kenny jostled with and raised his fists to his 73-year-old neighbour, who was trying to access land he claims he owns.

Gerard Charlton of Maple Tree House, and his wife Maeve, are seeking a High Court declaration that they are the rightful owners of a small strip of land close to their home, and beside the home of Pat and Kathy Kenny in Dalkey, south Dublin.

The action is being opposed by the Kennys, who say the Charltons never had full title to the land. They also claim any title they may have had has been overtaken by their squatters' rights to it, which were won in the 12 year period between 1991 and 2003.

This afternoon Eoghan Fitzsimons SC for the Charltons outlined how in July 2006 Mr Charlton made unsuccessful efforts to get a code from Mr Kenny for an electronic gate leading to the land, which Mr Kenny erected in 2002 following a garda security review.

The court heard that Mr Charlton, accompanied by his son-in-law, then visited Mr Kenny to discuss the matter on 27 July. What followed, Mr Fitzsimons said, was a very acrimonious meeting which arguably was a trigger point for the dispute.

Mr Charlton will claim, according to Mr Fitzsimons, that after first retreating, he and his son-in-law then managed to get onto Gorse Hill. The court heard Mr Charlton will give evidence that Mr Kenny then closed the gate, locked them out and told his wife to call the gardaí.

It will be claimed, Mr Fitzsimons said, that Mr Kenny also made outrageous comments about Mr Charlton, the worst of which he later apologised for.

The court heard that in subsequent letters to Mr Charlton, the Kennys' solicitors denied Mr Kenny had ever promised to give the gate access codes to his neighbour. They also said that on the date in question, Mr Charlton had not been invited onto the property, had entered it unlawfully and barged his way around the property. They also claimed that Mr Kenny had been assaulted by Mr Charlton when he shut the gate on Mr Kenny's arm.  One letter warned that further unlawful behaviour would not be tolerated and if there was any further trespassing by Mr Charlton, the Kennys would seek an injunction.

This morning, opening the case on behalf of the Charltons, Mr Fitzsimons said the court had to decide two issues. The first is whether the Charltons have title to the land, and the second is whether the Kennys' counter claim for adverse possession or squatters' rights is correct.

Mr Fitzsimons said the claim was first made by the Kennys in 2006 when the dispute 'blew up'. Before that, he said there had never been any mention of it.

He said his clients were therefore very seriously shocked at what had happened. He outlined the very strong relationship between the Kennys and the Charltons between the time the Kennys moved into the area in 1991 after purchasing land in 1988 and building their home on it. He described how Pat Kenny had been so friendly with the Charltons that he used to walk into their house without even knocking.

Mr Fitzsimons also spent a long period going through photographs taken since the late 1980s, which he claimed showed the land in dispute had never been a part of the Kennys' garden. He claimed the Kennys only began working and tending to the land in 2006, because they wished to advance their claim over the land.

The case, which is being heard by Ms Justice Maureen Clark, is expected to last up to four weeks.

The High Court judge is to visit the area over the coming days. 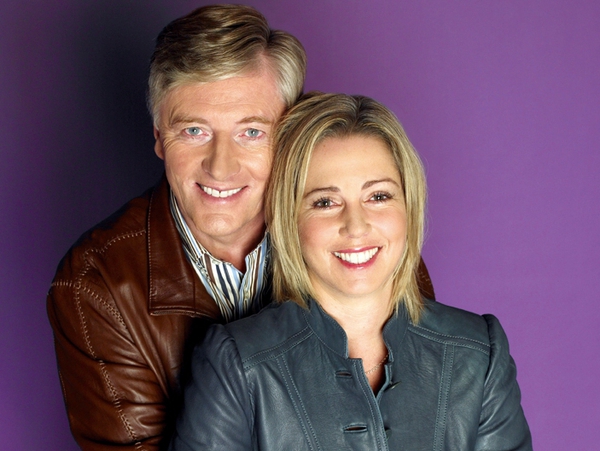 Kenny and neighbour in land dispute