The headline figure from the Central Statistics Office showed an increase of 8,507 to 197,992, beating February's record rise of 8,000. This represented a 27% increase on the same month last year, the biggest monthly percentage rise since March 1983.

The seasonally adjusted Live Register figure rose by 12,000 from February to reach 199,900. This was the biggest rise on record.

More worryingly, the increase in March was evenly split between men and women, suggesting wider deterioration in the labour market beyond the construction sector.

This differs from recent months, when men made up most of the rise.

The figures were higher for all regions, with the biggest percentage increase of 7.2% coming in the south-east.

As the jobless figure rises, the Central Bank says that the problems in the global banking sector are proving to be more prolonged and far-ranging than had been hoped.

However, GNP is expected to make a recovery next year and rise by 3.25%.

The slowdown in the housing sector is also starting to impact on the Irish economy, according to the Central Bank.

However, the bank has welcomed the dip in construction activity and fall in property prices, saying that this will lead to a more sustainable market. 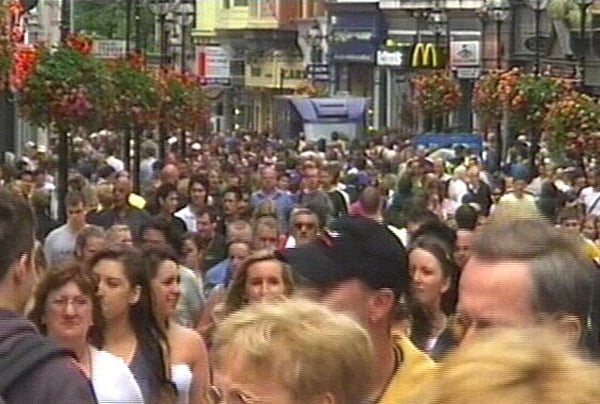