The Economic and Social Research Institute has forecast that there will be no increase in Irish employment this year and that economic growth will slow to its lowest level for 20 years.

In its latest Quarterly Economic Commentary, the ESRI says economic activity in Ireland this year will be €3.1bn lower than had been expected just three months ago.

Speaking on RTÉ Radio's Morning Ireland, the ESRI's Alan Barrett said this was a result of difficulties in the US economy and turmoil in the international financial markets.

On the same programme, IBEC Director of Policy Danny McCoy said there was an element of the Irish economy re-balancing itself.

The ESRI's report says that difficulties for the US economy, and the ongoing turmoil in the international financial markets, have compounded the challenges facing the Irish economy.

The institute's assessment is the most downbeat estimate of Ireland's economic prospects for 2008 published to date.

It comes on foot of three months of deteriorating domestic and international economic indicators.

The institute says economic growth will be just 1.6%, down from 4.6% last year.

The result of that it says will be that overall, no new jobs will be added to the Irish economy for the first time since 1991.

This is in sharp contrast to the almost 70,000 new jobs created in 2007 and so could come as shock to many.

The ESRI says it expects about 20,000 building jobs will be lost but says that these will be compensated for by about 20,000 job gains in the services sector.

The report also predicts that net inward migration will fall by about 50,000 but that the numbers of unemployed people signing on will still rise by about 32,000 in 2008.

The ESRI also says that a significant deterioration in the public finances will be difficult to halt. 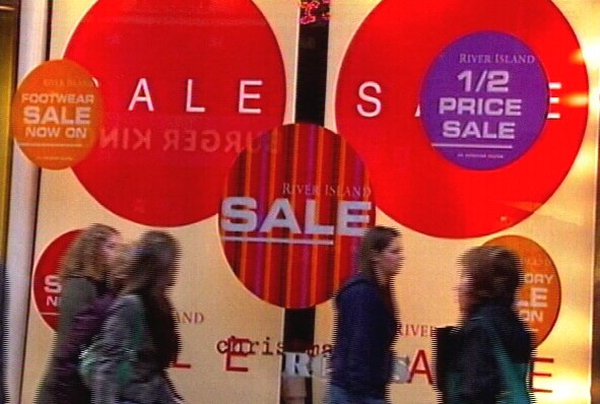 Retail sales picked up in December