Galway County Council has said it is looking for approval from the Government to proceed immediately with work to provide an alternative water supply for Roundstone, Co Galway.

The Council says the local water supply is contaminated with cryptosporidium and has issued a notice to households and businesses to boil water.

Householders have been advised to boil all water before drinking it, using it for food preparation or brushing teeth.

Several hundred houses in the village and at two other places, Errisbeg and Inishnee, are affected.

Jim Cullen, the Council's Director of Water Services, said work would have to be undertaken to upgrade the existing water treatment plant but he also hoped plans to provide an alternative supply would be approved.

He said there had been no reports of any illnesses due to the contamination of the water supply.

Local hoteliers and guesthouse in Roundstone say they fear that this year's tourist season will be very seriously damaged by the contamination.

Businessman Michael Reynolds said that while there are only 200 houses in the village, the area attracts up to 8,000 people during the height of the tourist season and there is extreme concern over this latest outbreak.

Roundstone hotel owner Ann Conneely said she fears the area's tourist industry will be devastated by the latest outbreak.

She said there were up to 7,000 people including a large number of holidaymakers in the area last weekend and all of them will be faced with major problems throughout the tourist season unless the problem is resolved immediately.

Ms Conneely said those involved in the hotel, guesthouse and catering industry in the area were concerned that it could take several months to get a safe water supply for the village.

She said the council must take immediate steps to find a way of bringing a safe water supply to Roundstone and the area affected by the latest water crisis.

Tests are being carried out to try to establish whether the contamination came from human or animal sources. 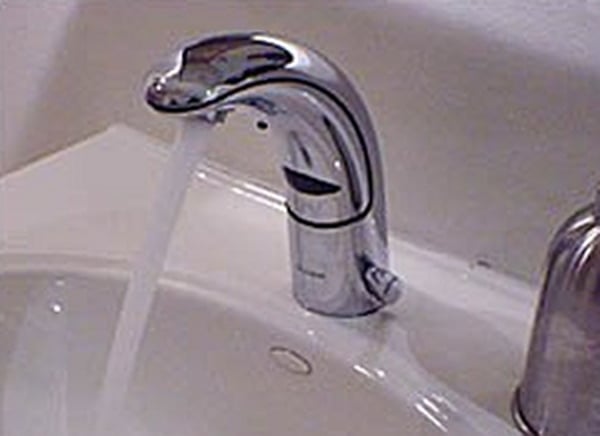