Amnesty International has said Ireland is clearly contravening international law by allowing its territory to be used to facilitate the practice of extraordinary rendition.

The group is basing its claim on the findings of its latest report.

Amnesty in Ireland claims Shannon Airport was used to refuel an aircraft that the following day was allegedly used to move a man from Iraq to Afghanistan.

The group says the running of secret CIA prisons for terrorism suspects makes a mockery of international law.

The human rights group said Khaled al-Maqtari's case shed new light on the cruelty and illegality of the CIA programme of secret detentions and forced disappearances.

It said he suffered multiple forms of torture and ill-treatment after his capture in Iraq in 2004 and led him, via Baghdad's Abu Ghraib prison, to secret US jails in Afghanistan and another unknown location, possibly in eastern Europe.

In response a spokesman for Minister for Foreign Affairs Dermot Ahern said the Government is totally opposed to the practice of extraordinary rendition and has reiterated its position on numerous occasions, both domestically and internationally.

The term is used by the US government to describe the legally questionable practice of extraditing, transporting and the handing over of terrorist suspects to secret detention centers.

The Government has received specific assurances from the US authorities, including US President George W Bush and Secretary of State Condoleezza Rice, that no prisoners have been transferred through Irish airports, nor would they be without Irish Government permission, he added.

Mr Bush confirmed for the first time in September 2006 that the US had run secret jails for terrorism suspects.

Washington has defended the practice, saying fewer than 100 detainees, including suspected senior al-Qaeda members, have been held in such facilities. The US claims they have provided vital information under questioning that has helped prevent attacks.

Mr al-Maqtari, 31, was freed without charge from US custody in 2006 and returned to Yemen, where he was detained until May 2007. 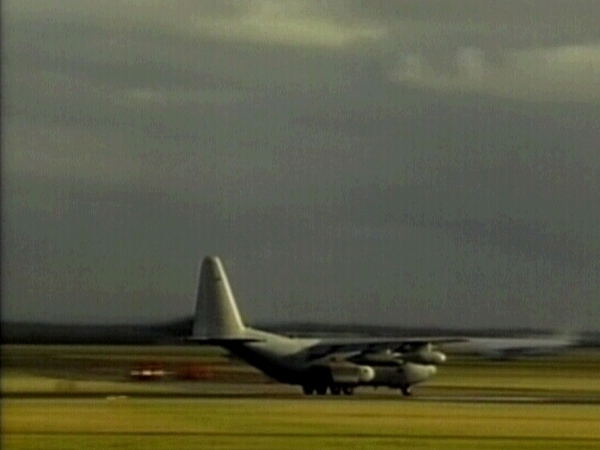