France will become the fifth country to ratify the Lisbon Treaty, but many wonder what will happen when it is put to a vote in Ireland.

European Affairs Minister Dick Roche insisted today that Ireland would endorse the treaty by at least two to one, however he conceded that the Governemnt was facing a big challenge.

‘There will be no complacency,’ he said, adding that there would be a ‘very significant campaign’ in Ireland in favour of the Lisbon Treaty.

The upper house of parliament, the Senate, is expected to approve the treaty today or tomorrow.

It will then be formally ratified by French President Nicolas Sarkozy.

First signed in Lisbon in December, the new treaty is a tailored-down version of the ill-fated EU constitution that was rejected by French and Dutch voters in 2005.

Mr Sarkozy insisted the new treaty be ratified by the French parliament rather than risk a second referendum, but his refusal to submit it to popular scrutiny has fuelled anger across opposition ranks.

France will become the fifth EU country – and the first major EU power – to ratify the new treaty, which must be approved in all 27 member states before it can come into force, as planned, in 2009.

Hungary was first to ratify the treaty in December, followed by Slovenia and Malta late last month and Romania, which ratified the charter this week.

Ireland is expected to go to the polls in May or June for a referendum on the Lisbon Treaty – the only one of the EU's 27 member states to hold a popular vote on the document.

In 2001, Irish voters torpedoed the EU's Nice Treaty. Some fear they could do so again.

The result appears to be wide open: a poll last month showed that 26% of voters back the treaty, 10% are opposed, and the vast majority, 64%, are undecided.

Taoiseach Bertie Ahern cannot follow Mr Sarkozy’s lead in keeping the public out of the process, however, since Ireland is constitutionally obliged to hold a referendum.

But Sinn Féin is the only parliamentary party campaigning against the treaty. All other parties, both ruling and in opposition, back the ‘yes’ vote. 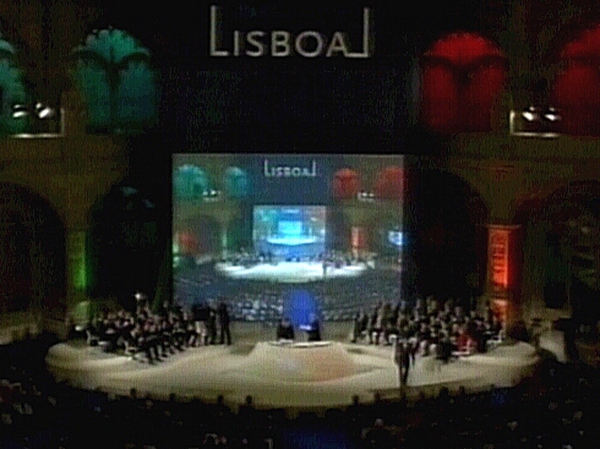