A secretary from Taoiseach Bertie Ahern's constituency office has told the Mahon Tribunal she cannot confirm whether he kept large amounts of cash in his safe during the 1990s.

Bertie Ahern told the inquiry he accumulated cash savings of £50,000 in the seven years up to 1994 that he kept in safes at his constituency and ministerial offices.

Sandra Cullagh, Mr Ahern's secretary, said she would cash salary cheques for Bertie Ahern during the time the Tribunal has heard he did not have a bank account.

She would either give the money to him or leave it in a drawer in his desk. Ms Cullagh said she only went to Mr Ahern's safe on rare occasions and did see cash there.

She told the Tribunal that she did not like to look at it and could not estimate how much there was. She did not see large amounts of cash. Neither did she see amounts in sterling or dollars.

Brendan Ward, who was private secretary to Mr Ahern when he was Minister for Finance, also said he saw cash in the office safe.

It was kept in a bankers pouch about the size of a cheque book and the money was about one-and-a-half inches thick.

Mr Ward said he had assumed it came from Mr Ahern getting his ministerial salary cashed and that is why he told the inquiry in private interview that it was only around £500 or £600.

But after thinking about it he could not say how much was there, he said.

Mr Ahern had said he also kept cash in a locked drawer but Mr Ward said he never saw cash in those drawers or come across a drawer that was locked.

He said politicians regarded the inquiry back in 1998 as a joke populated by muppets that was going nowhere and politicians were relaxed about it.

He denied Owen O'Callaghan's decision to pay him £400,000 in May 1998 was prompted by an interview rival developer Tom Gilmartin gave to a solicitor about planning corruption.

Mr Dunlop has testified that politicians believed the Planning and Payments Tribunal in its early stages was a joke populated by muppets.

Mr Dunlop said even politicians in Leinster House who voted to set it up believed it was a PR exercise that would last six months.

He said the general attitude among politicians was that this type of inquiry had happened before and like the others would go nowhere.

Mr Dunlop discussed the tribunal with key figures including the late Liam Lawlor, whose attitude was if you tell them nothing they will find out nothing.

He denied that as a public affairs figure he was involved in trying to destabilise the inquiry saying there was a relaxed attitude about it among politicians.

But Fianna Fáil councillor Don Lydon did tell him to be careful what he said on the phone because it might be tapped.

At the time the focus of the inquiry was the Quarryvale rezoning and Mr Dunlop said he was in contact with Cork businessman Owen O'Callaghan who provided him with details of payments he had received as lobbyist.

Mr Dunlop said he never discussed his response to the tribunal with Mr O'Callaghan.

He also said Mr O'Callaghan never asked him for an assurance that he had done nothing untoward while working on the development. 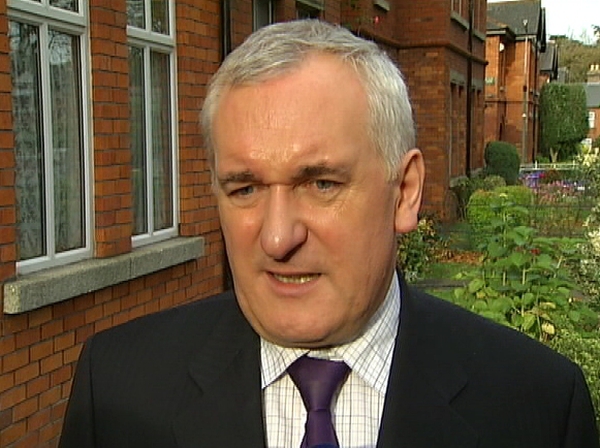